The dark comedy "Boomslang" won 25 film festival awards around the world in 2021. Now serial killer Erik Boomslang is back with more of his small town adventures in "Boomslang 2: The Dinner."
Erik's victim Harriet returns from the dead to perform a Fosse dance. Erik meets a new victim in Barnard, a rich philanthropist, at The Second Wife restaurant.

As a multi-faceted creative, Justin has strong technical knowledge & a unique visual esthetic giving an innate ability to tell stories in a visually unique and inspired way.

Justin moved to Los Angeles 15yrs ago with a Marketing Degree in hand. He claims that there is no better education than getting in on the ground level of a production and learning every aspect of what it takes to create art in motion. From this experience you can find Justin’s fingerprints everywhere; on set as a director, lead actor, cinematographer & creative director.

Justin is currently working on a pilot for Netflix as well as bringing his own episodic series to life.

As the cinematographer on the first Boomslang I knew then that I was a part of something special. When Allen called me to direct the second creation of this hilariously dark and twisted world, I was all in.

Helping create the look and feel of Allen’s words through the lens on the first short gave me insight into the main character Eric.  I was excited to read the script to see what escapades were ahead for him in the second film.

Allen’s talent in casting, world building and comedic writing gave me all the tools a director could ask for.

This short gives the viewer both grounded & fantastical characters which beautifully contrast with the dark humor. The wit of the writing is complimented with strong delivery from an exceptional cast.

We shot this in one day, which I believe is a credit to everyone involved from the crew to the cast.
I’m excited for you to experience Boomslang 2. 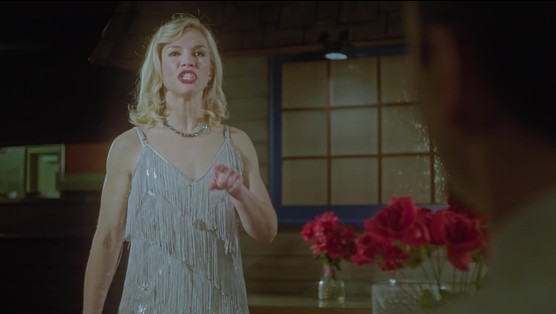