Tara Rule is an actress, artist, musician, writer, and filmmaker from New York. She has been performing since the age of 5 and has been featured in a number of films, commercials, albums, and touring productions. Tara has been film making for less than a year, and has created 2 films, Cato, and Before The Fern. Before the Fern, Rule's first ever film, gained recognition and premiered on TVFilm's Season 6 Episode 12 for "best short/new filmmaker"

'Before The Fern' was a film that was meant to be made, but on it's own terms.
I had only stood behind a camera once as a cinematographer on another film prior to creating 'Before The Fern'. I wanted to see if I could do everything myself - be the cast, the crew, and post production. I had a script written for a full feature titled, The Fern, and spent every dollar I had to travel to Florida to film with the star, Charlie Hayes. When I arrived, he was in the hospital and and very ill. After two weeks and nothing to show for it, Charlie's condition seemed to worsen.
Eventually, I realized his condition was similar to one I once had - an extremely rare allergic reaction to an antibiotic. Thankfully, my lucky guess was right and he was on the mend.
With only 3 days left before I had to return to New York, I nearly gave up. Charlie, a phenomenal actor and even more phenomenal friend said, "You didn't give up on me, and we're not giving up on your vision!"
With no script written, we shot everything we could over the course of 3 days. I left happy for the experience, but was sure there wasn't enough footage to create a good story.
Once I began blindly editing, a story came together. Not a story I had come up with, but one that seemingly manifested on it's own.
Oddly enough, the end product makes for a perfect prequel to the original script, 'The Fern', which we hope to shoot sometime within the next year. 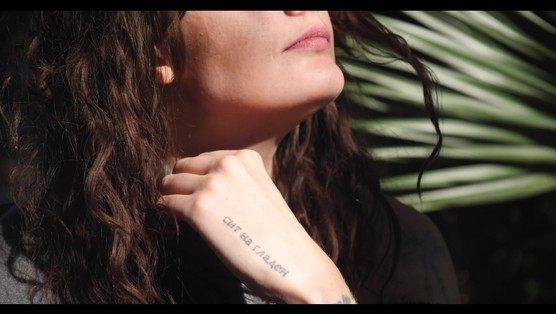