Annapakta - One who can digest food. Yoga and Ayurveda - Science of Life

This film uncovers some of the foundations that make up yoga and Ayurveda, and which have been diluted in the course of their worldwide spread. Yoga scholars and teachers, yogis, Ayurveda scholars and doctors, all of whom were chosen for their decades of honest and profound practice and experience, respond to common misconceptions and prejudices: does Ayurveda mean vegetarian? Is Yoga a religion? What is a yogi? What is knowledge? What does science mean? What is life?

The film presents authentic and highly experienced personalities, such as:
Ayurveda scholar Dr. Vinod Verma who has two doctorates in medical sciences and years of experience in the pharmaceutical industry, decided decades ago to change and dedicate her life “to health and not to disease”. She was the first scientist who brought knowledge on Ayurveda to Europe, by now having completed 27 books that are translated into various languages.
R. Sriram, Yoga teacher and scholar since 37 years, had studied with famous yoga teacher Krishnamacharya and Sri Desikachar. Over the decades, he has managed to maintain the pure teaching tradition and prevent it from becoming commercially. His work is considered pioneering also in Western culture which he knows deeply.
Performer, author and thinker Anjali Sriram lives between India and Germany since almost 50 years, creating artistic projects and actions which must be regarded as avant-garde. Her unique insights and independent ideas help enormously to expose common prejudices and to transform them into conciliatory statements.
Swami Nadananda has openly and generously shared his experiences of his life as a true yogi. This made it possible to give the audience an authentic insight into a way of life that is far removed from our everyday way of being. And yet their questions and doubts are the same.

These personalities, even if some of them are quite well known, were not chosen for their degree of fame, but they all stand out for their tireless, consistent, truthful work, which has never fallen victim to commercial thinking. They are true masters of their kind, not afraid to face the most critical questions - for they have asked them themselves long before the film did.

Since 1993, Rajele Jain, daughter of an Indian father and a German mother, living in Portugal since 2005, works as independent filmmaker and artist mostly on intercultural and interdisciplinary topics. Her film "The Nine Movements of the Eyelid" (98 min) on performers of the South Indian Classical dance Bharatanatyam received the "Gisela Bonn Award" of the Indian Council for Cultural Relations in 2012.
She has also studied at the Academy of Media Art, Cologne, Germany (1989-1993) and worked for many years with experimental film maker Werner Nekes.

My film “Annapakta - One Who Can Digest Food” presents my results of a long research, an expedition to the people and places where Ayurveda and Yoga are preserved - uneffected by commercialization, superficiality, religious appropriation or lifestyle marketing.

Of course, there are already some films and anyway numerous YouTube videos on Ayurvedic therapies or Yoga practices. It is important to see with which background and intentions they are presented, because in most cases they are not scientifically discussed findings or reports of experiences lived through for years. In addition to the internationally successful yoga or Ayurveda teachers, who distribute their lectures in video form, there are some biographical films about well-known historical figures from this subject area as well as documentaries that present Ayurveda or Yoga in a rather promotional form, which cannot satisfy the interest of a searching audience in particular.

In my experience, the greatest challenge for a film about a “classical” Indian theme lies here:
- If the filmmaker is of non-Indian origin, he/she must either already have acquired an enormous cultural and philosophical knowledge of India, not only in order not to misunderstand facts and situations, but also not to be blinded by the dazzling exoticism or the actually completely different experience - i.e. to glorify practices that would rather be critically examined or that might have lost their relevance over the millennia. Rarely, however, does a filmmaker have so much time to prepare a film, because actually several years of intensive study are required.
- Today’s Indian documentary filmmakers, at least in my experience, are not too interested in the “classical” topics, at least not at the moment, because they classify this work as conservative, if not reactionary. They are more interested in clearly emancipatory, obviously political, social or ecological topics.

I would like to derive my own approach and justification for our film project from what has been said: As the daughter of an Indian father and a German mother, raised in Germany and living in Portugal since 15 years, I have for decades located my artistic and scientific projects in the field of tension between India and the West, between natural sciences and humanities or art, and between nature and new technologies. On this way I have become convinced that there is a lot to rediscover, what I call “New Light from India”. This is also the title of a book by Gisela Bonn, who reported in the 1960s from India, the country “where one day perhaps the great conflict between East and West will be decided”. Because of my origins alone, I am of course concerned that this “conflict” is not a struggle for supremacy, but rather a respectful approach to and knowledge of the respective experiences and insights gained up to the present day.

Although the popularity of India since the 1960s has brought reports about yoga and later also Ayurveda to the West, today’s offers from the fields of wellness or alternative medicine do not seem to take into account the seriousness and requirements (especially on the part of the student/customer) as described in the original theories and practices. This softening possibly prevents seriously interested people from becoming familiar with the possibilities for a self-determined, happy and healthy life, which could be found here as universal knowledge.

Everyone knows the common prejudices: Yoga practice is like acrobatics (at least if you look at the advertising photos for yoga classes), an Ayurvedic treatment means lying passively on a bench and getting oil dripped on your forehead (“this is only done for mentally ill people”, my Ayurveda specialist protested), meditators only perceive themselves, retreats or Ayurvedic medicines have to be paid dearly and so on. All this is to be countered by direct questioning of the most experienced and honest practitioners and teachers, but even more importantly: what can we all, in the West but also in India itself, actually gain by it as contemporary people?

I myself received one year of yoga instruction in Chennai, then Madras, in South India in 1985, and have never stopped doing my exercises every day since then. So for more than 30 years. At that time the institute of Krishnamacharya was still relatively young, Sri Desikachar taught there, and also one of his disciples, R. Sriram. I was very lucky to be able to film R. Sriram as one of the important reference personalities in our film.

The idea for this film also led me to first inform myself about Ayurveda through the common books, which became international partly bestsellers. While reading I was unfortunately often annoyed - either the concepts seemed too simplified to me, probably in order not to unsettle the Western readers, or everything was presented as so “holy” that a normal person could hardly find access to the ideas anyway, except by unconditional faith in what was written there. So I set off again to India to see for myself how the Ayurvedic practice was going. I attended conferences and talked to doctors and theorists, I visited friends in Ayurveda clinics and witnessed my partner undergoing a cure in an Ayurveda private clinic in Kerala. And I found an Ayurveda specialist who also knows both sides of the coin: an Indian biologist and medical scientist, Dr. Vinod Verma, who has a doctorate in Paris as well one in Delhi, who after years of experience in a pharmaceutical company, asked for alternatives to this chemical approach to illness and recalled old sources of her home culture. Her studies resulted in more than 20 books, in which Ayurvedic knowledge and methods are conveyed in a clear and undogmatic way. She was once called “The first Lady of Ayurveda” bringing the scientific aspects of Ayurveda for the first time to the West.

My studies with her have of course had a practical impact on my life, so that I am now in a position to ask quite “normal” questions to this expert and other Ayurveda specialists, like a representative for you, the future viewers of the film.

Other interview partners are an Indian researcher and activist for the protection of Ayurvedic medicinal plants, herbalists and growers from Portugal and Germany, a Sanskrit scholar who interprets the Vedic texts, an artist, choreographer and activist who opposes the commercialization of this ancient knowledge. These persons, even if some of them are quite well known, were not chosen for their degree of fame, but they all stand out for their tireless, consistent, truthful work, which has never fallen victim to commercial thinking. They are true masters of their kind, not afraid to face the most critical questions - for they have asked them themselves long before I did. 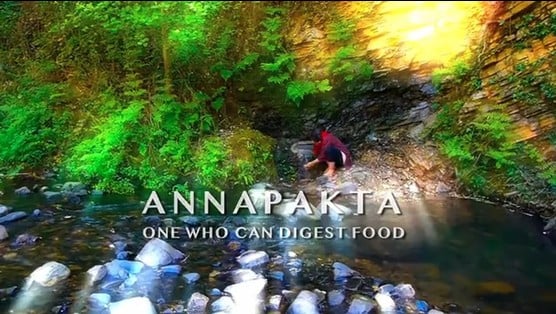