A Special Purpose Documentary and Interview of Artist, Poet and Labyrinth Worker Sandra Wasko-Flood. Viewing and discussing her poetry, artwork, Installations and Art-Technology Labyrinths, and presenting "The Luminous Labyrinth Center For Peace" to be build in Sedona, AZ.

Audio CD,s with my original Music:
2001 “Light On The Path” - INSTRUMENTAL - Native Flutes, Sax & Piano, USA.
2003 “Longing” - INSTRUMENTAL - Native East and West Indian Flutes over Latin Rhythms, USA.
2004 “Flowers Of The Dawn”, Prasado Kendzia (voice), Vibhas Kendzia (Flute, Piano, Percussion and Keyboard) devotional chanting, songs of love and beauty arranged by Vibhas.
2004 “Chakra Resonance Meditation" guided meditations by Komala Uta Rhode with Music by Vibhas.
2004 "Aura-Soma Color Meditations", Meditation based on Aura-soma color and oils, JAPAN
2006 "Rainbow Color Meditations", Meditation based on Aura-soma color and oils, JAPAN.
2012 "Viva Vibhas" - INSTRUMENTAL - Live from Las Vegas, Sax, Flutes & Piano USA
2018 "Meditation with Sound Bowls" - MEDITATION - by Karen Simcik and Vibhas Kendzia. This CD with Tibetan sound bowls (Peter Hess) can help deepen your meditation, be useful as a sleep meditation and help you relax after a long day as you allow the sound and vibrations to move through your body releasing tension, renewing your feeling of well-being.
2019 "Echo from the other Shore" - INSTRUMENTAL - Original composition with the Native American Flute, solo or over Piano, Guitar and/or Latin Rhythms.

BIO:
VIBHAS (Peter Alexander Kendzia) grew up in West Germany and studied piano and flute from the age of five. While receiving a degree in music education from “Johann Wolfgang Goethe University” Frankfurt, he had the privilege to study Flute with Rolf Bissinger, flutist for the Frankfurt Opera Orchestra, and Piano with Matitjahu Kellig, well known for his Mozart interpretations. Studies in Latin percussion and traditional instruments from many countries were all influential in his creation of original world music, melting genres from East to West.
After his music graduation Vibhas studied Music-Therapy in Cologne and Raststadt at the “Family Therapy Center Odenwald” Germany. He composed and recorded music for educational children shows and worked as sound editor for “Stein Video Production” and the Public TV Station “Hessen3” in Frankfurt Germany.
His work and personal curiosity brought him to India where he was introduced to meditation, and to the beautiful classical sounds of the Bansuri, or native bamboo flute. He met and studied with world famous flutist Pundit Hari Prasad Chaurasia.
In 1997 Vibhas visited Sedona, AZ. It was here that he first heard the haunting sounds of the Navajo flute. Playing these traditional native flutes around the Southwest for the last ten years has brought him much praise from the local Native American population, who are fascinated by his intimate feeling for this ancient instrument, and the longing he expresses through it.
Drawing on his background as a sound editor he founded his company “Music from the Garden,” Recording-Studio, Music Productions and Entertainment. He recorded with international Therapists guided exercises and meditations with his original music. You can find his music in movies, on Yoga-DVD’s and on web-pages.
Vibhas strength is versatility. He plays his original piano solos with a classical touch, his fingers running over the keys like a soft cool breeze in summer. With the keyboard accompaniment, Vibhas is free to play haunting melodies on the Indian flutes, or smooth jazz arrangements with the soprano sax.

"Music, Photography and Film is my Life, Love and Meditation. When composing, filming or photographing, I follow my instincts and my longing for a deeper meaning, looking for the light shining through from the beyond.

When I am playing my songs or editing a film, the melodies, stories and ideas keep on changing, realizing that they having a life of its own. I am never playing the same song the same way. How could I?

In all of my music, film and photos, you can find the silence from within. They are playful and relaxing, because to me, sound, form, light and shadow are stepping stones on the journey to the center. There is a nonverbal magic that is transmitted through the scenes, words and melodies, giving them space, so the watcher can feel the gaps and catch a glimpse of the beyond which is felt deep within." 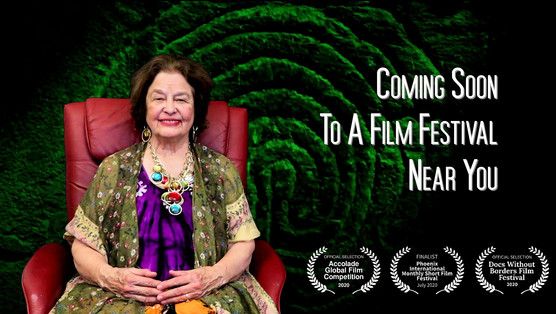