The war between mankind and intelligent machines has begun - and the machines are winning. Tomasz is a deserter who tries to hide as far away from the battle as possible.
In the vast emptiness of northern Scandinavia he meets Lilja, the last survivor of a resistance group, who is determined to fight the superior machines. A scheme that unavoidably collides with Tomasz’s plan of lying low and surviving.
With every minute that passes the machines get closer, searching for the last remains of the human race. And the enemy doesn‘t just shoot on sight - their perfect sensors are programmed to detect human voice patterns. So if you speak or even whisper - you die.

Daniel Raboldt is a german writer / director who was born in Berlin in 1978 and grew up in Celle, Germany. He studied philosophy and German literature at Cologne University while already shooting short films. Nowadays he makes a living as a writer, director, VFX artist and film lecturer in Duesseldorf, Germany. He won several international prizes for his shortfilms and the web series "TubeHeads".
"A Living Dog" is his first feature film, that he and and producer Thorsten Franzen completely financed with a crowdfunding campaign on Kickstarter.

"Realism is a form of hypocrisy. We are telling stories that take place in simulated worlds. Genre films like scifi, fantasy or horror are just more honest about that."

"I wanted to make A LIVING DOG not only because I love genre films and independent films but also because I admire silent movies and the era of german expressionism. Dialogue is a great thing but I think today we hear far too much talking in movies. Actors explain the plot to each other in endless expository scenes. I didn't want that. I wanted something pure! Something you can see and feel and that keeps you on the edge of your seat." 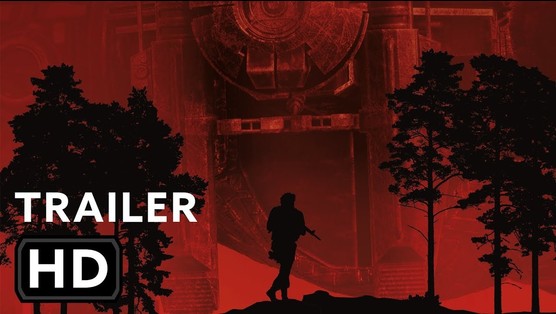