A Brief History of Astra Film

Twenty years means a long commitment and a respectable longevity for a festival. Dumitru Budrala, the founding director highlights the most salient episodes from the making of the festival.

The film reveals how on the first edition of the festival, to be sponsored meant to practically beg, thus to be humiliated, as back then this was a foreign concept in cultural management. Therefore, for the first edition, international volunteers were acquired. Also the contracts between the festival's board and the filmmakers were done out of live interaction or typewrited on old fashion machines to be thereafter posted. A big part of the festival's public was made by enthusiastic students arriving to Sibiu hitchhiking from diverse Romanian regions, as well as from Poland, Serbia, and Hungary.

Even if people, mentalities, communication mediums, and the manner in which information is disseminated are all exposed to radical change in our age, opposed to the situation of these in 1993, what stays the same all these years of Astra Film Festival is the genuine pleasure of meeting the other inside the projection room and outside it.

Theater, film and events director Carmen Lidia Vidu became known as the most important multimedia theater director in Romania and the youngest director who staged the National Theater in Bucharest.
Theater performances staged by Carmen Lidia Vidu are special, they use a different artistic language and her technique transforms into genuine emotion.
The director promises that it will never stop the experiment.
Interested in local context with its various aspects, Carmen Lidia Vidu creates pieces (performances or installations) responding to topical societal trends beyond the surface.
The director reunites artists from different fields: live music, video, dance, etc. with whom she creates her pieces.
Carmen Lidia Vidu has tested with equal success also in film directing (documentary short film) and videos (collaboration with Noblesse Oblige bands and Mes Quins).
With "A Brief History of Astra Film" she won The Gopo Award and with "ARAD. My Virtual Diary" won two international awards.
In 2009 is invited as a speaker at TEDxBucharest and wins The Grand Prize in Ljubljana with the theater performance [a bus station ...]. In 2015 receives the Excellence Award for Drama offered by the City of Arad.
When you check the performing arts scene in Romania, Carmen Lidia Vidu's work immediately stands out thanks to its original mix of video images creating sensations, unusual acting techniques and very powerful music choices. Her multimedia shows are always a treat both for the eye, for the year and for the body, as the attempt is always to touch upon the whole being of the spectator. Most importantly, this young artist has never failed to follow her road, no matter how difficult this was. The reward is that her voice can now be heard in some of the most relevant cultural events in the country.

The danger of vanity lurks around us and drives us towards isolation. We no longer listen to anything but the opinions which confirm ours. 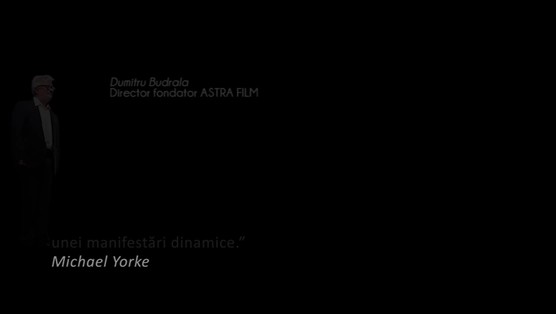