CRAZY FOR OPERA is the first film about this unique establishment. We meet prominent figures like Jonas Kaufmann and Anja Harteros, both on stage and behind the scenes, acting General Music Director Kirill Petrenko, his predecessor Zubin Mehta, Conductor Ivor Bolton, and acting Artistic Director Nikolaus Bachler along with his predecessor Sir Peter Jonas. The Bavarian State Opera world consists of roughly 800 permanent employees and 400 freelancers from 47 nations. They all play their part in this extraordinary family – from the orchestra pit, the backstage crew and in various opera workshops.

The Bavarian State Opera: always sold out, one of the oldest opera houses in the world and home to an audience that has been “crazy” about opera since back in the 19th century.

In an entertaining and humorous way, CRAZY FOR OPERA also attempts to reach viewers who are less than familiar with the opera realm - a declaration of love for an art form that is so often unjustly characterized as elitist. and for the people who so passionately practice that art.

born in Munich as an artistic mix: father Bavarian, mother Austrian – just like Mozart. He started his career as a journalist for the Süddeutsche Zeitung and the Bayerische Rundfunk. Since 2002, he has been working as a freelance author and director for more than 14 documentaries, among others portraits of Dieter Dorn, Lothar Günther Buchheim and Haindling - und überhaupts... 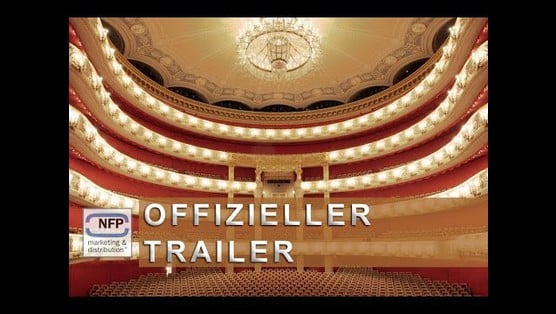