«The Climate Changers» is a short documentary about civil society engagement during the historic climate conference (COP 21) in Paris in December 2015. Journalist Samuel Schlaefli and filmmaker Esther Petsche joined activists and visited them in their ateliers, in cultural centres, hostels and on the streets to document their fight for climate justice. They met with climate disaster victims, youth delegates from Africa and China, indigenous people, street performers from Sweden and anti fracking campaigners from the US. They attended panels with the author and activist Naomi Klein, met with ex chief climate negotiator of the Philippines, Jeb Sano, and elaborated the role of the arts in creating an alternative narrative to an unsustainable lifestyle with artist and initiator of «ArtCOP21» David Buckland. The film culminates in the «red lines» climate march on 12.12.2015 near the Tour d`Eiffel with thousands of participants. The mobilisation in Paris showed: The fight against climate change has evolved into a full grown global grassroots movement that unites people with all kinds of different backgrounds and motivations. No longer are those global citizens willing to wait for solutions by their national leaders. They take the streets to promote their vision of a more just, a more peaceful and sustainable world.

Samuel Schlaefli (1979) works as a freelance journalist in Switzerland. He has studied journalism and sociology in Basel, Winterthur, Hamburg and La Réunion. He has over 10 years of experience in working for newspapers, magazines and online media. As a freelance journalist he has focused on environmental and social topics as well as on urban development. He has worked for GEO, Greenpeace, ETH Zürich, TagesWoche, OurWorld 2.0, Globetrotter and Transhelvetica. He has reported from Switzerland, France, the Indian Ocean, Ethiopia, South Africa, USA and the Middle East.
More information: www.samuelschlaefli.ch

Esther Petsche (1973) works as a freelance graphic designer and filmmaker in Switzerland. After studying fashion design at the academy of arts in Germany she worked as an costume assistant at the Zurich Opera under the guidance of Robert Wilson. As a cultural manager for the «Unternehmen Mitte», a cultural space in the heart of Basel, she was responsible for the design and production of exhibitions, lectures and the overall public image of the house. During her 9 years as the responsible for the program, Esther and Samuel have collaborated several times for exhibitions and presentations at «Unternehmen Mitte». Nowadays Esther focuses on cutting, producing and directing films on environment and nature.
More information: www.petsche.ch

The sum of many small steps leading to changes. In the negatively and the positively. 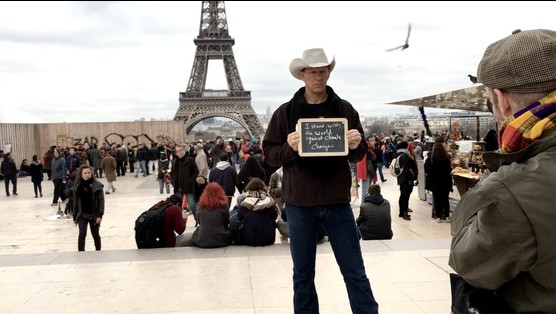