21st Century Punk Rock Volume 2 is the second film in the series documenting punk rock every decade after the turn of the century. Volume 2 was filmed between 2010 – 2020 and features live performances and interviews of Angelic Upstarts, The Oi! Scouts, Informal Society, Dead 77, Starving Wolves, The Virus, The Unseen, The Bad Engrish, Los Kung Fu Monkeys, Acidez, Corrupted Youth, Resilience, Thulsa Doom, The P.I.N.s, A Global Threat, Evacuate, and special guests including Angela Boatwright (Vans), and Wattie (The Exploited). In this second installment, you’ll see some familiar bands from Volume 1 with a different band name and learn why bands of the 1990s did not appear (or exist) in Volume 1 but appear in Volume 2. Get ready to experience a journey through a decade of punk rock through interviews and live performances that happened between 2010 to 2020. 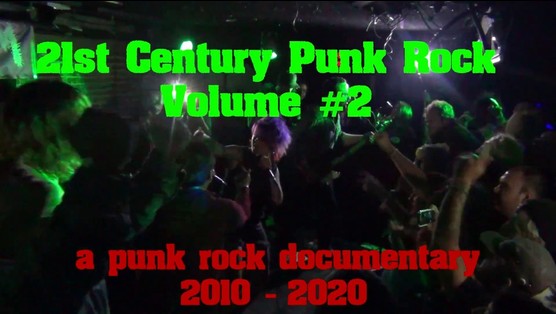