Filmed in and around the exotic punk hangouts of Los Angeles, California over a 5 year period, the film "21st Century Punk Rock Volume 1" depicts the underground punk rock scene in this new 21st century. From fashion to what punk rock has become with the introduction of the internet, numerous interviews with well known bands and heavily influential people involved with the scene help to cover all the areas of this genre. Amazing performances by The Krum Bums, The Lower Class Brats, Shattered Faith, Resilience, Defied, The Casualties, All Out Attak, Dick Politic, 46 Short, Disaster Us, Terezodu, Sayaka, The Voids, Homesick Abortions, and Career Soldiers will give you a feel of what the shows are like today. Interviews from Big Rob (Fatal Riot band manager), Ron Martinez (Crawlspace Booking), Fury (Resilience), Robert Price (The Ghouls), Jake (The Casualties), Namor (Defied), and many more important people in the scene will explain to you what punk rock is like today. 21st Century Punk Rock Volume #1 is the first film to ever document the underground punk rock scene after the turn of the century. 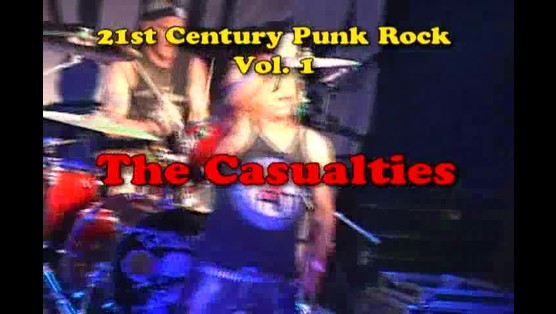