Carlos Palazón aims to find new cultures, new people and customs. For that he goes on a 10 year old journey, from which he already has 2 under his belt, in his custom Kombi Van. At 68 years old, with two daughters and 5 granddaughters, he goes out to follow his life philosophy and discover new sights.

César Fión Góngora (Guatemala, Aug. 10th 1996) is an award winning director whose work has been showcased at film festivals worldwide, in countries such as Italy, United Kingdom, the United States, Mexico and his native Guatemala. In 2017 he started "Calavera Films" an Award-winning Guatemala based film production company. He has directed several short films, ranging from fiction to documentary. His debut Fiction short film "#MonsterLivesMatter" was Selected at the 2018 NanoCon International Science Fiction Festival in the United states. His senior film thesis "Asi Soy Feliz" (I'm Happy Like That) for which he was the editor, won the Best Documentary Award at the 2018 Festival Poporopo in Guatemala City. His documentary short "Guatahára" was awarded best documentary at the 2019 Volkswagen BUS SHORT FILM in Milan, Italy. His latest fiction exploit, Dinosaur, inspired by the writings of Guatemalan author Augusto Monterroso, was selected for the Broadway International Film Festival, in Los Angeles California, USA.

César is currently studying on an online program to get a BA in Film and TV from Da Vinci university, in Guatemala.

He is always looking for the next story to tell. He loves to experiment with various genres and believes that movies can change the way people see and think. 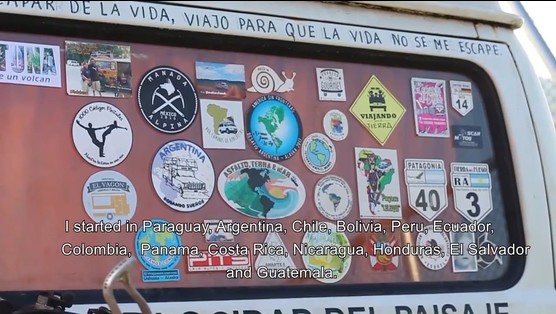