One fan documents her journey to visit Big Pink, the house where The Band recorded "Music from Big Pink."

Lisa Tignor made her directorial debut in 2016 with the animated short, “Favorite Crayon,” which won Best Animated Short at the West Virginia Filmmakers’ Festival that year. She is following that up with the 2018 film, “Finding Big Pink.” She refers to herself as more of a writer, and an accidental director, who took on the first project as a way of getting a screenplay produced.
Her first feature script, “The Obit Writer,” was a 2007 semifinalist in the Slamdance Screenwriting Competition. She was also a 2015 quarterfinalist in the Screencraft Short Screenplay Competition for "Accident on 28.”
Before jumping into filmmaking, Lisa worked in radio and television in many capacities, including writer, videographer, editor, and on-air talent. She has been published in numerous magazines and websites. She currently hosts a show titled “Volunteering in West Virginia.”

With 2018 being the 50th anniversary of the release of the album, “Music From Big Pink,” the timing couldn’t be better for releasing the labor of love that is “Finding Big Pink.” Three years in the making, and with many obstacles to overcome, the film is finally complete. The film is simultaneously a road trip, a tribute to a great band, one fan’s interpretation of a song, an example of subversive filmmaking, and a couple’s vacation video. The film is targets a niche audience, The Band fans, and people who love road trips. 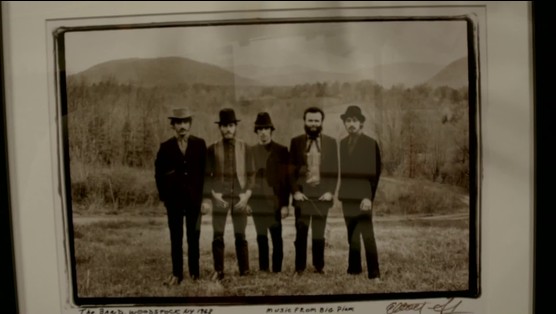