Pete thinks he might be a werewolf. His wife thinks he just needs a good feed.

Originally from Canberra Australia, Andrew worked for several years as an actor in the UK, playing challenging roles such as 'Mr. Bruce the Aussie Tourist' on The Basil Brush Show. He also produced the cult hit Australian comedy 'The Vegemite Tales' in London's West End before moving back to settle in Melbourne's Sunshine.

Andrew has been making short films for the past ten years. His quirky films tell simple stories with a common thread – usually managing to warp the laws of physics and nature. He takes inspiration from Mel Brooks and David Zucker. Credits include the award winning documentary short TOFU MAN (nominated for best doco, St Kilda Film Festival 2014) and the short no-dialogue comedy COOK BOOK.

Shot on a mobile phone and inspired by the time my wife locked me in the shed. She claims it was an accident. (see attached file for illustrated detail). 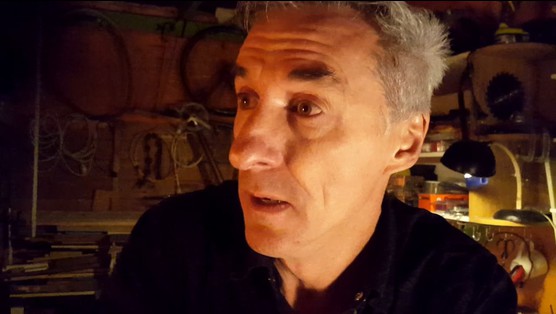