Angiò is a work that breathes life into the spirit of Lorenzo Viani, the artist. It is a film by director Leonardo Palmerini, who hails from Viareggio. It is an experimental film that uses live shots processed through digital technology to echo the graphic work of Viani, painter, sculptor printmaker whose etchings exhibit a rare expressive power; it tells the story of Angelo Bertuccelli, who was born in Via Pinciana in Viareggio in 1850.

Small of stature with a strong and proud character trapped in a deformed body. Sailor, like the majority of the inhabitants of the Viareggio of those days, who escaped the gail-winds aboard the “Dedalo” and swore never to return to the sea.

The “sailor of the Ocean” spends his days in increasing isolation far from the pettiness of people who laugh at his grotesque appearance. In a whirlwind of desperation and rebellion the dwarf with the heart of a giant will end his days overcome by the tides of madness, a man drowned in a deep sea “a man of water” as prescribed by a hostile destiny.

Based on the novel “Angiò uomo d’acqua” by Lorenzo Viani.

Leonardo Palmerini was born on the 1nd of February, 1974.

In 1999, after having studied art at various art schools, he begins
work as an art instructor in a Social Center in Viareggio, where he
utilizes music, video and theater as educational tools.

He alternates his work as teacher with his passions for music and video.

Over the years he has produced documentaries, shorts and animations,
in his various work settings.

Angiò is the first full-length movie he directs and composes the
soundtrack for, together, with the musical group "Le Onde Martenot,"
of which he is a member. 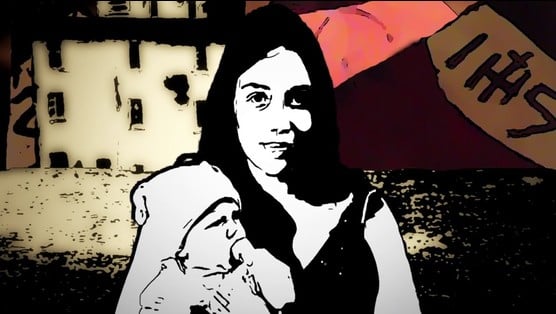