Mary (40) wakes up in her neighbor's's son's (18) bed after a night out on the town. Its her birthday and her husband and the neighbors family is looking for her. Can she get out of the house without getting caught by the neighbor's family?

Sondre Fristad (27) is an award winning writer, director and producer from Baerum in Norway. Sondre studied media and communication at Sandvika Highschool, before he went into a 2 year film production at Noroff University College. He graduated from Deakin in Australia 2017 He has produced 5 short films and written and directed 5 shorts. He has directed over 20 music videos. He has worked on films like Swiss Army Man, Operation Arctic, Haram and The Dextape. He won 3 awards for his directing on "Quiet By The River" and 2 awards for is movie Alex. His documentary Kepaza has won one award. He has movies all over the world and his short films has been shown in over 30 film festivals in 9 different countries on 4 continents.

I wrote and directed this drama\comedy to make people have a fun video to show. Based on true events I knew I had to make this film. Hopefully people are excited about if the character Mary is getting away or not. 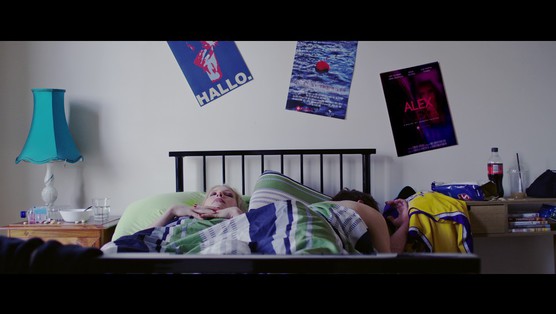