"Rausch" is about the conscious mind and the way it can get influenced by extrinsic stimulations.
The touch of a fine lace, the perception of a subtle sound, the glare of a colourful reflection, the smell of the cliffs by the sea or the intake of a venom, they all have the power to inspire our imaginations and fantasies.

I have always had a passion for art, especially for all sorts of performing art. Straight after high school I had absolved a year of internships in the entertainment industry in Munich, Germany, where I was born and raised. Then I went on to study a Fine Art minor at University Augsburg. I attended various drama classes in my home country and abroad, and in 2011 I received a best actress award at the Ignite Film Festival in Sydney, Australia, for a film project produced by the Salvation Army, which was also aired on national television over Christmas. Over the years I gained professional experience as an actress, model, singer and dancer in an international environment, until I felt the urge to create my very own projects.
Soon I found myself behind the scenes of all kinds of different art forms. I created my own costumes in collaboration with a seamstress, I organized my own photo shoots and I finally started to draw up story boards to visualize ideas for the moving image. Out of practicality I usually work behind as well as in front of the camera in my own projects. I have focused on videos mainly involving music and fashion in some form, but I am currently also in the postproduction process of a ten minute thriller short film, which is my biggest endeavour so far as a director/producer.
For more information and for a display of some of my work please feel free to visit my website at www.stefaniehoefgen.com.

For as long as I can remember I have been interested in studying visual aesthetics of any kind, whether man-made or naturally occurring.
The film "Rausch" is playing with imagery, bringing forth a rather non-narrative storyline with surreal tendencies, which is why it can be categorized as an experimental art film in the niche of fashion and styling. The goal was to tantalize the viewer's senses in order to come as closely as possible to a rich, impulse-driven experience.
Modern cinema has already further developed the idea of dimensions in addition to the audio-visual level. 4D cinema includes various tactile experiences like moving seats, spurting water, smoke or wind, which might also have a certain smell to them and even stimulate the viewer's taste buds.
The reality for our project, as it is for most independent self-financed film productions, was to work within the common 2D boundaries in order to create various moods and emotions by the use of different colour grading and sound mixing techniques, symbolic backdrops, costumes and props as well as particular movements, camera perspectives and visual effects.
The film should be seen as one entity from the beginning to the end. Even the title as well as the credits complete the picture and are not strictly separated parts with a purely informative function.
"Rausch" is the result of a collaboration between different artists with like-minded visions and with the urge to create and experiment. Everyone involved was fairly new to the industry. Some of us were students, others self-taught, and we produced this film on a close to zero budget, which means that we were all volunteering and most of us doubled up for several roles to lift this project off the ground.
May this cumulative energy and zeal come across and be an inspiration. 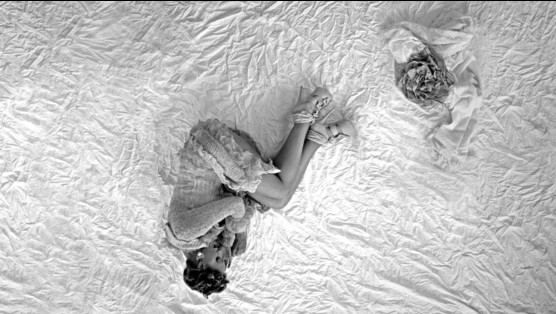