Contains nudity, sexual situations, strong language.
In this campy screwball comedy, environmentalist Larry takes an experimental virility drug to woo back his wife Mary who's having an affair with Barry who works for Thierry who plans to destroy the remaining habitat of the endangered pocket mouse. Larry and Barry both take a double dose of the virility drug and when it makes them gay their entire world view changes. Barry resists and attempts ridiculous 'conversion' treatments; Larry discovers the joys of being a gay man. They both get what they want in the end.

Paul Bright is known best in gay communities around the globe for directing the movies ANGORA RANCH, ALTITUDE FALLING and AARON ALBEIT A SEX HERO. In mainstream America he is most widely recognized for his role as an unrepentant cult member in IFC's series Documentary Now Batsh*t Valley starring Owen Wilson and Michael Keaton. His acting film credits started with Blake Edward's Miki and Maude starring Dudley Moore in the 80s, and include TV series, films, infommercials and advertisements spanning forty years.

Screwball comedies got me through lockdown. I don't know if laughter is the best medicine but it definitely helps. And we all need a lot of laughter right now.

With all the medical talk in the news, I was like: What if a pill made guys gay? It's so silly it should be a campy gay comedy!

And now it is! 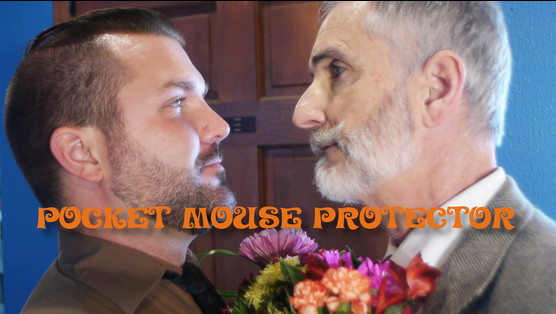