Can a violent man change? Call Me Dad is a story about men who have perpetrated family violence. At stake is the safety of children and partners, the stability of families, and the power we as a society have to intervene. These men struggle to maintain intimate relationships without resorting to abuse, physical or otherwise. We follow these men over several months, as they attempt to change themselves, and heal fragile bonds with their loved ones.

Call Me Dad director Sophie Wiesner was one of two Self-shooting Producer/Directors and Post-Producers on Country Town Rescue, a successful six part observational documentary series for broadcast television in Australia. Sophie worked alone or with only a Sound Recordist in the field for months on end, following six families who were selected to live in a regional town where they were offered tenancy in abandoned farmhouses for $1 per week, in exchange for participation in the local community. Sophie also wrote paper edits and worked with the editor to prepare sequences for the director to work into the finished episodes. We have selected this excerpt of Sophie’s previous work as it demonstrates her capacity to develop an intimate and robust relationship with the locals and new residents of a tight knit community, and capture their struggles and successes over a twelve-month period. It demonstrates her capacity to gain the trust of families under pressure, and work flexibly and nimbly to gather poignant and revealing observational footage that reveals a greater story about people reaching to better themselves and their circumstances.

Several years ago a friend of mine asked me for a favour. He was producing a pamphlet promoting healthy habits in men, and he asked me to interview a group of fathers about the benefits of quitting smoking.
I found myself at a father’s group in Western Sydney, where several men spoke with me about the positive effect their efforts to quit smoking was having on their capacity to play with their kids, feel good about themselves, and save a few bucks. The interviews moved quickly from quitting smoking to discussing what brought the men to this group in the first place: their desperate need to rebuild and repair their relationships with their kids. Their stories stopped me in my tracks. Recollections of falling in love and starting a family collided with accounts of inflicting abuse, terror and irreparable damage upon the very people they claimed to love. But these men’s lives were more than a list of offences. They weren’t just monsters, lurking in the shadows. They were flesh and blood, struggling and hoping, just like the rest of us.
And so began my search for a group of fathers who would allow me to film their attempts to change themselves, and transform their relationships through a behaviour change program. I discovered that different types of programs for male perpetrators of family violence were being run across the country. Unsurprisingly, the process of gaining access to a group that would allow me to film their process in an unfettered and truthful way was difficult. Work with perpetrators of family violence is considered high risk, controversial, and like all family violence work, hopelessly underfunded.
In the end it was a private counseling service in the southeastern suburbs of Melbourne that captured my attention, and would allow me the access and independence I required to make what I felt would be an emotionally compelling and challenging film. My producers and I met with the program facilitators, and each potential participant several times, and where possible, we met with their families too. Together we discussed the risks of sharing their stories, and the ways in which the presence of cameras could amplify or add pressure to already strained and sometimes volatile situations. We also discussed the opportunities that a documentary can bring to participants’ lives, enabling connection between people both on and off screen, inviting a brave and cathartic honesty that is rarely mustered in our day-to-day lives.
‘Accountability’ is a big word in this kind of specialised counseling work, and one of the key objectives of behaviour change programs is to bring the participants to an understanding that violence is a choice, and that they are to be held accountable for the choice to be abusive, and the harm that results. Interestingly for me, when I asked several men why they had chosen to accept the invitation to be part of the documentary, several said they welcomed the additional ‘accountability’ they expected the cameras would bring. Even they were sick of hiding from the abuse, and the pain that it caused.
We filmed with the participants over a four-month period, and captured what I feel are raw, genuine and moving stories of a group of men struggling to better themselves, and their relationships. These men, like all of us, are very flawed. All of them at some stage have caused deep harm to the people closest to them. Shockingly, some of them continued to inflict this damage over the course of filming, despite receiving maximal support from the counselors and other services. While some participants did not succeed, others showed gradual yet substantial change. The outcomes for the program’s participants and their families were both better and worse than we had anticipated.
I seek to share these stories not in an attempt to redeem these men, nor excuse the harm their actions have caused. I seek to share them as I feel we can all learn from their struggle and hope. If we believe in social and cultural change more broadly, then we cannot exclude those individuals who have learned to use violence to exert power and control over their partners and children. Some people who abuse will never change, but under the right circumstances, with the right supports and guidance, some will. 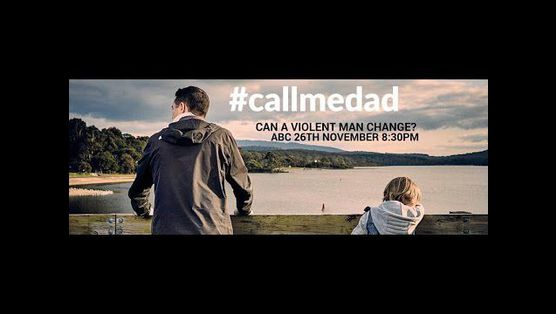