This story is about the unheard voices of traditional marine fishers. On the doorstep of Isimangaliso Wetland Park – a nature lover's wonderland that attracts tourists from all over
the world - are the homes of the poorest and most marginalized coastal communities who have a high dependency on natural resources for survival. In the heart of the most tranquil
beaches, we follow brave village Women as they conquer the harshness of the waves just to
provide for their families. We take a walk in their shoes as they share in on their past and
present experiences of the ocean, the generational access to marine living resources, their
indigenous knowledge on the practice of mussel harvesting and what they hope for in future,
especially since they were once criminalized during apartheid times for wanting to provide
food for their families.

Tembisa Jordaan is an avid cook, music lover, Marine scientist and the Biodiversity Stewardship and Biodiversity Economy acting manager, at Ezemvelo KZN wildlife. She is passionate about sectoral transformation in the biodiversity space, and the improvement of conservation models to be more people oriented and improve lives. She recently starred in a 3-part marine conservation documentary commissioned by Off the Fence, called “Our Oceans” and won the N.E.W Film pitch competition at the Nature, Environment and Wildlife Film congress, to create a short documentary about the lives of marine Traditional Fishers in KZN. Her short film, "Ulwandle lushile", is a result of the work she did for many years in marine resource management with KZN coastal communities.

I honestly can't take credit for the amazing work. I had the best crew and amazing characters. The concept is something that has always bothered me about environmental or natural science films or doccies. African stories are rarely ever told by Africans, especially in this genre, and there is a dire need for that to change. I simply created a platform for 3 amazing Women to share their lived experiences of the ocean and how they have relied on marine resources for generations. I think this is one way that we can preserve and document the remnants of our indigenous knowledge systems, as Black people. 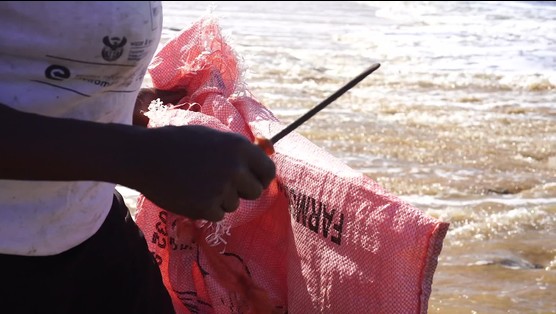