Transparency of the sole

A poetry-film about adaptation for the sake of survival. The poet uses the Sole (flatfish) as a metaphor: The fish transforms into a grotesque distortion of fish in order to survive in the ever-hostile environment on the food-chain.

Director biography: Diek Grobler
Diek Grobler lives and works in Pretoria, South Africa. He trained as a visual artist and has been working with animation for 20 years. His films for children have won awards at KROK, Hiroshima, Tindirindis and Teheran. Since 2009 he has focuses in his personal work on animated poetry-film. 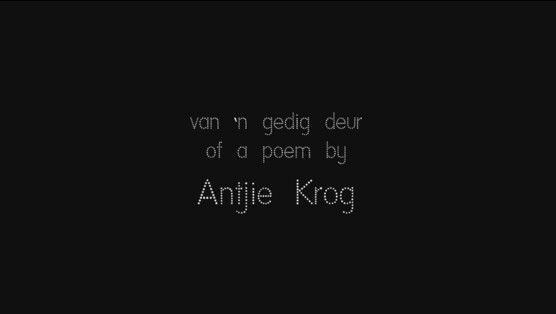