Caseworker Hope Matthews is on a mission to save the children, including the child she use to be. Created & produced by Hillary Hawkins (Smith College Graduate with a Dual BA in Spanish & Creative Writing who worked full-time in Child Protective Services as a Bilingual Family Service Specialist.)  All voices performed by voice actress Hillary Hawkins, former Host of Nick Jr. & Radio Disney.

Hillary Hawkins is creator, director, voice actor, writer, illustrator, animator and producer of THE CASE FILES. Voice Actress Hillary Hawkins has a story to tell and taught herself how to illustrate and animate in order to effectuate change in this world.

Prior to becoming a full-time voice actor, Hawkins worked in Child Protective Services as a Bilingual Family Service Specialist for the State of New Jersey. She also worked with non-profits such as Safe Horizon in New York and completed a wide variety of trainings in areas such as Child Sexual Abuse, Teen Relationship Abuse, Sexual Assault, Stalking, Domestic Violence & The Criminal Justice System, etc. While Hillary was a very successful child actor, her passion for helping others and strong desire to make a difference in this world led her into social services. Social Services and Entertainment become one in “The Case Files.”

Hillary achieved her Dual BA in Spanish and Creative Writing from Smith College in just 3 years on the Dean’s List while working as a Radio Personality for 106.3 Smooth FM. In addition, she studied at the John C. Whitehead School of Diplomacy & International Relations and was a live events Host for Radio Disney.

Hillary is now an International Voice Over Artist working in a variety of dialects and languages with clients worldwide. Her voice can be found on Amazon, iTunes and Audible narrating 100 audiobooks including "Your Word Is Your Wand," "Desert Rice," "Oprah", "Special Ed Series", "Niños Cantando Por Jesús", "Watoto Wakimuimbia Yesu", "June Peters, You Will Change the World One Day," "How to Help a Friend Who's Been Raped, Abused or Traumatized," "Secrets Unleashed Game Talk, Play, Heal", "The Book of Revelation King James Version" and more.

The 2X Voice Arts Awards nominee is passionate about bringing characters to life with her voice and is the voice of Dizzy in "Awesomenauts," the voice of Casey in the American Red Cross Babysitting Basics Online Course, Kendra in the Military Kids Connect Animated Series "In Kendra's Words" and more! She has done voice-overs for UNICEF, The Children's Coalition, The Louisiana Department of Children and Family Services, Jim Casey Youth, the Make-A-Wish Foundation, WHO, DIAL / United Nations Foundation, numerous public service announcements and hundreds of commercials. Hillary, who has a Black Belt in Karate, was recently on-camera in a STAR WARS Target Commercial as a female martial artist promoting women/girls' empowerment.

Hillary is the daughter of former state Assemblyman Eldridge Hawkins Sr., a prominent civil rights attorney, and publicist Linda Cofer Hawkins, former Miss New Jersey runner up in the Miss America Pageant. Hillary is the sister of Eldridge Hawkins Jr., recent Mayor of Orange, NJ. Hillary had the honor of singing the National Anthem at his inauguration as well as at a Governor’s Ball in New Jersey.

As a child actor, Hillary was the singing voice of Vanessa on Nickelodeon’s “Gullah Gullah Island,” Kate on Nickelodeon’s “Are You Afraid of the Dark?” and Keisha on “New York Undercover.” Well-known as Robyn, Host of Nick Jr., Hillary was on TV everyday introducing cartoons such as “Dora The Explorer,” “Bob The Builder” and “Little Bill.” In between gigs, Hillary creates projects of her own, finding the strength to tell stories that need to be told… Proverbs 31:8-9.

We can make a difference in this world through the arts. God gave me a voice and I'm using it. At last, my passion for acting and creating and mission to save the children merge into one, The Case Files. It's all of our responsibility to KEEP KIDS SAFE and I believe that together, WE CAN. Thank you. 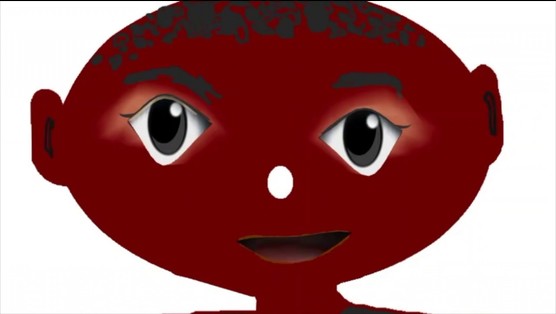