A person who is inside a perfect solo enviroment, he thinks he is kidnapped, but not, with only a telephone as a way of communication.

Ethiopian Filmmaker, Born December 25 1999.
Had worked on Television, cameraman, producer assistant.
In 2020 he presents Omnipresent, a film screened at the Marche Du Film de Festival de Cannes, and other film events in Europe and United States.

Superno his first feature, has turned into the most awarded film ever in Ethiopian Film History. The film has received recognitions in Italy, United States, Russia, among others.
The feature, co pruduced by Chile, was shortlisted by the Chilean FIlm Academy to the Oscars 2022, it also was pre nominated to the Platino Awards.
Abel now is working on 2 or 3 future projects.

I always try to make something different and immersive. The philosophy behind this movie is actually based on the quantum theory of entanglement. But this movie is not science fiction. The effect of a particle on other particles is opposite. Anything that happens to a particle a long mile away affects another particle. I changed that into beings. Supernatural beings and Naturals beings, How does they effect each other? Are we supernatural to beings we don’t know exist? Are we writing there stories? How powerful is our imagination.
In my country, There isn’t much of movies that are as experimental as this movie. No one makes something in the fantasy or Psychological Thriller Genre. So that inspired me to make something new. From building a set for the movie with a very tight budget, 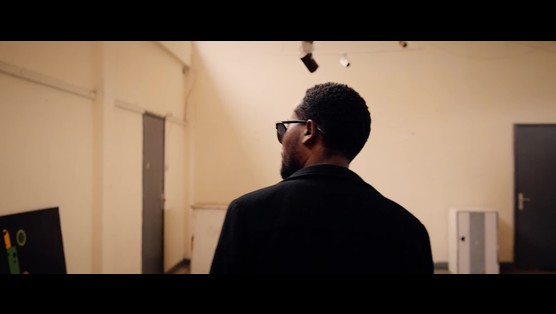