A young couple will be forced to face their own reality upon the birth of their first daughter, and in the process to awaken the ghosts that had been asleep in their own subconsciousness, to the point of even questioning where the fine line between life or death lies.

Thesis student at the National School of Cinematographic Arts ENAC, formerly CUEC, in the specialty of Fiction Realization, with which she has been able to develop multiple projects that have received several awards, among which the following short films stand out: "Goodbye Again", "Rest Delirium"; “Breath of the wind” exhibited on the LIFETIME television channel in the United States and Latin America; and "Where Burning Cold Lies", which is currently in post-production.

Since she was 15 years old, she was co-founder of Paypa Productions, in which she has worked as a director, producer and post-producer, having as an outstanding project the short film in English “Prolonged Silence”, obtaining the signature of SAG AFTRA.

Since she was 14 years old, she has taken a dozen diplomas and extracurricular activities within the cinematographic field, among which the following stand out: "Cinematographic Analysis" with Jorge Ayala Blanco, "Cinefotografía in 16mm" with Mario Luna, "Cinematographic Production" with Patricia Coronado, "Actors Direction" with Ignacio Ortiz, “Cinematographic Script” with Beatriz Novaro, “Animation Workshop” with Paulina Ziolkowska, “Cinematographic Music” with Alejandro Ruiz, “Cinematographic Postproduction” with Antonio Isaac, among others. Thus managing to present her first short film at the National Cinema of Mexico, entitled "Myths of Success", with 15 years of age.

One would expect that a child’s birth be a wonderful and life-changing event, but,... What if this is the result of someone else's death? What if, instead of bringing happiness, the newborn’s presence is a constant reminder of that particularly painful and heart wrenching loss?
“Prolonged Silence” is a fiction short film that centers around this specific issue. It takes the viewer into a subjective journey through the protagonist’s mind, making it possible to externalize his conflicting thoughts.
This production was full of unexpected challenges; we were not only faced with the narrative and aesthetic challenge, but the creation of this project itself brought with it production challenges as well. It was indeed a professional defiance when we decided to make two short films simultaneously, one in English and the other in Spanish, realizing that this would undoubtedly take the audience into their own introspection in the way that language affects both narratively and emotionally. 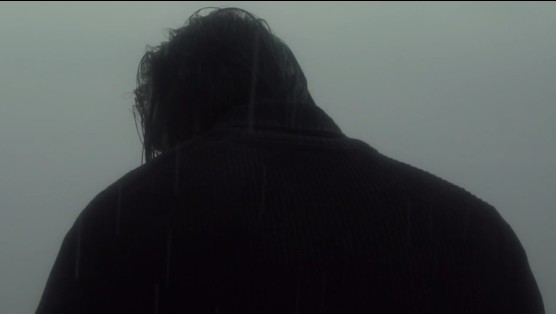