A woman beaten unconscious by her husband searches her mindscape for a way out.

Filmed by an all-female crew.

Homeless teens. Oppressed queers. Political prisoners. Abused women. These are the people I return to again and again in my work. I tell these stories as musicals because musicals give voice to our interior lives.

I've made theater on Broadway (ALLEGIANCE); Off-Bway (adapting Lerner & Loewe's PAINT YOUR WAGON for City Center Encores! and THE DAY BEFORE SPRING at the York); regionally (CHASING RAINBOWS at Goodspeed Musicals & Papermill Playhouse; A ROOM WITH A VIEW at the Old Globe & 5th Ave. Thtr.) and internationally (THE SECRET for Broadway Asia; SOUND OF THE SILK ROAD for Nederlander Worldwide).

My favorite was directing BASTARD JONES, a kooky rock adaptation of Henry Fielding's TOM JONES Off-Off Bway at the cell. I want to bring more off-off-beat musicals to life and I believe the best chance esoteric material has of reaching its audience is online. I made MAD / WOMAN in part to show how--as in the highly theatrical films of Queer Cinema pioneer Derek Jarman--limited production values are needed to capture psychological subjectivity, a surrealist mindscape where musicals live. So I am looking for a diverse, inclusive group of New York-based artists to collaborate on low-budget art-house film musicals.

Storm Large mostly writes about two subjects: female empowerment and mental illness. Applying her songs to Charlotte Perkins Gilman's feminist classic "The Yellow Wallpaper" felt as if they were written for the material. Storm and I bonded in 2007 over the shared experiences of being just commercial enough for everyone to wonder why we weren't more successful and just alternative enough to sabotage ourselves. Perhaps not coincidentally, we both survived mentally ill mothers. At least twice mine woke up in a pool of her own blood after being beaten senseless by a raging boyfriend.

Because I wanted to create a subjective experience as liberated from the male gaze as possible, hiring an all-female crew proved essential. Their and Storm's input influenced innumerable decisions I never would have had the insight nor courage to make. I'll be forever grateful to them as well as the diverse group of post-production artists who essentially served as my film school for my filmmaking debut. 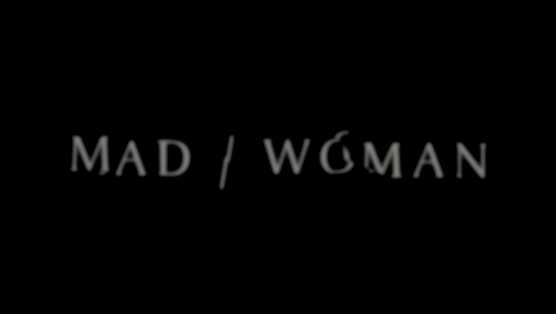