This is a work sample for an immersive nine monitor installation of "I Want to Breathe Sweet Air," our poetry film with writer Lucy English, about climate change and the natural environment. In the single channel form, the film has three stanzas. (You can view that version of the film using this link: https://drive.google.com/file/d/1ohHOYmc-f2NkPWIC9h-sqViNFVQeprA8/view?usp=sharing)

The interactive work sample we are submitting shows something of how we envision a nine monitor installation. The images from each stanza of the poem play three times, but the text of each stanza only appears in the center horizontal strand. Each horizontal strand would be screened on three monitors, nine in total. We would prefer that the nine monitors be arranged in a circle, so that viewers are surrounded by the sound, images, and words -- the human devastation will be all around the viewer, overwhelming and undeniable. (We have a separate diagram that roughs out the monitor arrangement.) But depending on the space available, the installation could also work as nine monitors in a wall array. (The text of the poem will have to be reconfigured when we make the nine exhibition files, either to fit across three of the adjacent screens, or to appear in three of the single monitors.) We could also provide process notes, an extensive bibliography, learn more links, and a space for audience feedback/interaction, which could be accessed on a tenth touch screen computer monitor, as an introduction/debriefing after viewers experience the work (to learn more and begin to take action collectively).

Lucy, Jack, and I originally imagined this project as an installation, which began when Lucy wanted to collaborate together again on our first film poetry installation. (The three of us had previously collaborated on two film poems for her Book of Hours Project, “The Names of Trees,” and “The Shadow.” Your can learn more about that project at https://thebookofhours.org/.) Jack and I made an inspirational reel combining new images shot on location with our extensive library of footage gathered during six years of documenting environmental destruction. We also sent Lucy a a kind of post filming journal document that described what we were looking for and thinking about while we were out on location, as well as a bibliography of articles, books, and links we consulted as we shot and edited the inspirational reel. The final poem did not come easily for Lucy, and by the time she was happy with it, we were in the midst of a pandemic, and we could not predict how long it might take before gallery and museum spaces could reopen and host installations open to the public again. So Jack and I decided to create a more traditional single channel poetry film that could be screened in online streaming film festivals. We are still submitting that version to festivals, with some success — the Wales International Film Festival accepted it, and it was one of five finalists nominated for the award in the Poetic Film Category, although the live festival screening has been postponed until COVID-19 cases decline in the UK, maybe in the spring or summer of 2021. In the past couple of months, we have started to see a few calls for installations and extended cinema proposals, and we are excited about the being able to exhibit our project as we first imagined it. We are submitting a work sample and a description of how we envision the installation, with some flexibility, as we are willing to adapt to suit the space and resources available.

We hope you will be intrigued, and we trust you will contact us if you have any questions or would like additional clarification.

We believe the poems, images, and soundscapes, as well as the supporting materials, could create a powerful and moving audience experience.

We hope you will give us the opportunity to bring this to life!

Pam is an independent filmmaker who received her PhD from the University of Iowa and taught at Northern Illinois University, St.Mary's College, and the University of Notre Dame. She directed the largest student film society in the US while she was at the University of Iowa, and also ran films series for the Snite Museum of Art in South Bend, IN. Her experimental film with Dan Curry, Open Territory, received an individual filmmaker grant from the National Endowment for the Arts, as well as grants from the Center for New Television and the Indiana Arts Council. OT screened at the Pacific Film Archives, as well at numerous film festivals, including the AFI Video Festival, and was nominated for a regional Emmy. Her other films include museum installations, scholarly/academic hybrid works shown at film conferences, and a documentary commissioned by the Peace Institute at the University of Notre Dame. She is an occasional contributor to Moving Poems Magazine (http://discussion.movingpoems.com/).

Jack is an independent filmmaker who has produced, directed, or shot a variety of experimental and personal projects. As a DP he has extensive experience shooting commercials, independent features, and documentaries. His varied commercial client list includes BMW, Ford, Nissan, Fujifilm, Iomega, Corum Watches, and Forte Hotels. His features and documentaries have shown at the Sundance, Raindance, Telluride, Tribeca, Edinburgh, Chicago, Houston, and Taos film Festivals, winning several honors. His commercials and documentaries have won Silver Lions from Cannes, a BAFTA (British Academy Award), Peabody Awards, and Cable Aces. Some notable credits: Director of Photography on Brian Griffin's Claustrofoamia, Cinematography for Antony Thomas’ Tank Man, Director/Cinematographer of Viento Nocturno, and Cinematographer of Ramin Niami’s feature film Paris. Jack was trained at the University of Iowa Creative Writers Workshop as well as the University of Iowa film studies program.

For over five years, Jack Cochran and Pamela Falkenberg have been making personal films together again under the name Outlier Moving Pictures. They hope their work will prove worthy of the name: avoiding the usual patterns and approaching their subject matter from the margins (which sounds better than saying that as filmmakers they're oddballs and cranks). Pam and Jack met in graduate school and made films together when they were young. Jack went on to become a professional cinematographer working out of LA and London, while Pam stayed in the Midwest, where she was a college professor and independent filmmaker before dropping out to work in visual display.

Their first film together, "The Cost of Living," based on some of Jack's short poems, screened at several film festivals, including the Buffalo International Film Festival and the Cornwall Film Festival, was nominated for two awards at the 2019 Queens World Festival, and took the award for best experimental film at the 2016 WV FILMmakers Festival. Other short poetry films have screened at the Ò Bhéal Poetry Film Festival (2016, 2018, 2019), the Juteback Poetry Film Festival (2017, 2018), the Festival Silencio (2017), the Filmpoem Festival (2017), the 6th CYCLOP Videopoetry Festival (2017), and the 6th, 7th, and 8th International Video Poetry Festival (Athens Greece). Their most ambitious film, "Teddy Roosevelt and Fracking," about environmental threats to the wild landscapes of North Dakota, premiered at the 2018 Queens World Film Festival, where it was nominated for three awards and took the award for Best Documentary Short, followed by awards at the Go West Film Festival, the Ozark Foothills Film Festival, and the American Presidents Film and Literary Festival at the Rutherford B. Hayes Presidential Library and Museum. Their most recent poetry films, "In West Virginia," and "Flag Country," based on poems by Dave Bonta, have already screened at the Buffalo International Film Festival, the Small Axe Radical Film Festival, the Newlyn Film Festival, and the North Dakota Human Rights Arts Festival. Pam and Jack have just completed a new triptych with Lucy English on climate change, "I Want to Breathe Sweet Air,” and they are currently at work on "Now and Then," an experimental film based on a new collection of Jack's poems, and also on their first feature together, an experimental road trip/documentary essay about the loneliest road in America, Highway 50 in Nevada.

Jack and Pam co-direct the films they make together, and they collaborate fully, even when they divide up the credits. Their poetry films usually start with a poem (often, but not always, one of Jack’s poems), which they think of as analogous to a script. However, when collaborating with Lucy English on “The Shadow” and “The Names of Trees,” the process was more dialectical: some images and sounds came first, then Lucy wrote the poems; the poems inspired more images, and eventually the edited film poems. For us, the exact process depends on the project and remains open to experiment, so our body of work is somewhat disparate and hard to categorize. Some of our eclectic interests include collage, found footage, and repurposing; the film essay and film poetry; image capturing and post-production techniques that reveal what cannot be seen with the eyes alone (e.g., high shutter speeds, moving cameras, infrared photography, green screen and digital layering); landscapes and the ways humans mark them; human rights/social justice; and postmodern melodrama.

Jack has written poetry all his life, but he never knew what to do with it until he shared his notebooks with Pam, who said, “You’re a filmmaker -- shouldn’t your poems be films?” Pam and Jack both want to make lots of different kinds of films together, but Pam is especially proud to have been the one who suggested that Jack’s poems should come to life as films. They are both delighted that making films of Jack's poems has led to interesting collaborations with other poets and filmmakers.

Lucy English was born in Sri Lanka and grew up in London. She studied English and American Literature at the University of East Anglia, and has an MA in Creative Writing and a PhD in Digital Writing from Bath Spa University. She has three novels published by Fourth Estate: Selfish People (1998), set in contemporary Bristol; Children of Light (1999); and Our Dancing Days (2000), set in a Suffolk commune in the 1970s. She is best known as a performance poet, first winning the Bristol Poetry Slam in 1996, and going on to tour worldwide, performing her poetry at many international festivals. Her first poetry collection Prayer to Imperfection was published by Burning Eye books in March 2014. She co-ordinated the International Conference in the writing and practice of performance poetry at Bath Spa University and since then ran the first performance poetry module at a UK university. In 2006 she was artistic director of Apples and Snakes Poetry Tour, Exposed. In 2007, she was a finalist in the first BBC Radio 4 Poetry Slam.

She has toured Sri Lanka, India, Thailand and Taiwan with the British Council, running workshops and performances. She has also run workshops for the Arvon Foundation. In 2010-11 she toured the UK with the acclaimed Arts Council sponsored multimedia poetry show Flash and in 2014-5 toured with Count Me In. She is one of the organisers of 'MIX', the conferences in digital writing. She is co-creator of the poetry film organisation Liberated Words, which curates and screens poetry films. She created the digital poetry film project, “The Book of Hours”, which was shortlisted for the New Media Writing Award, and twice long-listed for the Sabotage Awards. Two of the “Book of Hours” films won the first and second prize for the 2018 Atticus Review Videopoem Contest (https://atticusreview.org/winning-entries-of-the-2018-atticus-review-videopoem-contest/), first prize to Kathryn Darnell's “Things I found in the Hedge” and second prize to “Que Es El Amor” by Eduardo Yague. Many of the https://bookofhours.org films have been selected by poetry film festivals, including O’Bheal, Rabbit Heart, Juteback, Zebra, and Athens. She is currently working on a new novel. 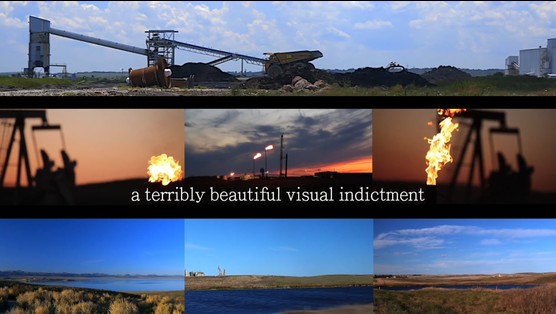