The young woman is looking for an apartment in busy metropolis, while overcoming an ubiquitous alienation and trying to find closeness. Film uses combination of stylised movements and expressive dance to discover new forms of film language with emphasis on the role of sound and picture more than dialogue. As she explores the spaces, a new meaning is given to seemingly banalities of everyday life. Physical dialogue with the void begins as the question of space identity in an anonymous cityscape.

Tereza Vejvodová (*1995) graduated at Film and TV School of the Academy of Performing Arts in Prague (FAMU). She is director, scriptwriter and occasionally editor of her own projects. Her student short film A Part (2017) won Special Jury Prize at FAMUFEST Film
Festival in 2017, was nominated for the Magnesia Award by the Czech Film and Television Academy and was featured in the National Competition at Prague Short Film Festival.
Another short film Sugar (2019), exploring contemporary forms of relationships such as sugar dating, was premiered at the Aesthetica Short Festival’s Official Selection and won Special Jury Prize at Ostrava Kamera Oko Film Festival in 2019.
Delimitation is her experiment with classical narrative and expressive dance as a form of acting and is a result of her fascination by the physical expression of human body and abstract visual forms.
Tereza is currently working on two feature film scripts, one of them ‘’The Flower’’ was supported by the Czech Film Fund. Besides that she works as an editor and director for non- profit organisation Post Bellum she also directs music videos.

Finding yourself a place in this world is an inexhaustible and still ongoing human experience. This process is full of negative feelings as loneliness, fear of unknown, fragmented identity and therefore insecurity. But there is still intensive feeling of life in it, also. I’m fascinated by the space itself and our ability to discover ourselves through it, especially the exact place, which we call home.
The space we are surrounded makes constant dialogue with our own identity, it refers to it and forms it with its sharp but also soothing features. Our personality reacts on the exterior impacts with its delimitation. My point is not to perceive it as building borders necessarily, but rather as a condition for further connection. Intent is to connect the world of the inanimate and living and lonely human being with a whole beyond us. 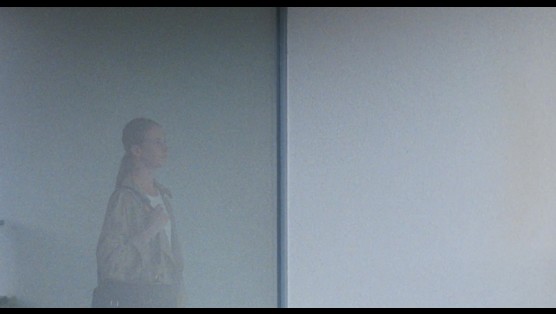