Based on real events, Ask for Jane tells the story of a group of young college women who developed an underground abortion network that helped over 11,000 women get illegal abortions in Chicago between 1969 and 1973.

Rachel Carey is a writer and filmmaker based in New York City. Recent projects as writer/director include the 1-hour tv pilot "Takers," which won an award for Best Actress at Seriesfest in 2016 and continues to play at festivals nationwide, including the 2017 Hoboken International Film Festival, where it was nominated for "Best Television Pilot." She has directed several short films and music videos that have won multiple awards, and her novel Debt was optioned to be turned into a tv series for ABC Family by Calamity Jane, Ellen Pompeo's production company. She has an MFA in film directing from NYU and is a member of NYWIFT.

There are certain stories that demand to be told. The true story of the “Jane Collective” is one of those stories. The group that became the “Janes” started with a single woman in her University of Chicago dorm room in the mid-60s quietly providing the phone number of a reliable abortion doctor to anyone who asked for it. The organization grew into a group of women who operated like a spy network, using blindfolds and code names and secret locations to help over 11,000 women receive safe, illegal abortions in Chicago in the years 1969-1973. They even learned to perform abortions themselves.

When actor/producer Cait Cortelyou asked me to write the screenplay for a fictionalized version of the Janes’ story, my first thought was: “How have I never heard about this before?” Their story was astonishing: exciting, dramatic, and – a rarity among pre-Roe-v-Wade narratives– hopeful rather than depressing. Since committing to work on the project, I have been on a wonderful journey. We raised a$250,000 budget almost entirely from female donors. A real member of Jane, Judith Arcana, got in touch with us and ended up coming on board as a consulting producer (and now has a cameo in the film). We hired a female-led crew (female dp, production designer, costume designer, and composer) to help us bring the story to life, and we put together a phenomenal cast, including Emmy-nominee Alison Wright, Tony-nominee Saycon Sengbloh, Cody Horn, Sarah Steele, Sarah Ramos and Ben Rappaport, all of whom worked for next to nothing to help create this film. This project has been an extraordinary gift for me as a first-time feature writer/director. But it’s become more than that: it’s become a mission for all of us. Right now, when abortion rights are being rolled back across the country, we have the opportunity to remind people of what is possible -- and what could become necessary again. We think this story can change the debate about abortion access by showing not only the negative consequences of making abortion illegal, but what women are capable of doing for themselves.

I am honored to be a small part of the story of the “Janes.” My hope is that we can move audiences with the lessons of the past -- and hopefully have an effect on the future. 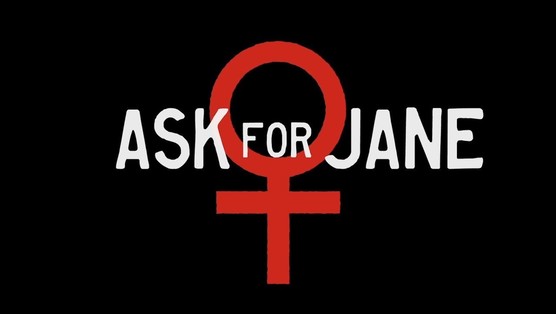