Virág, a young student has lots of friends and suitors on the internet, but one night she gets into trouble and needs help, in real life. But the most important question is: Have you recorded it?

I was born on the first of August in 1992 in Hungary. After high school, in 2011, where I was thinking about to be an actor, I went to a Hungarian university to study Television Studies , where the things were getting clear around 2012, and I decided that i would like to be a writer-director and editor. After this school, in 2013, I went to ELTE-Budapest Film Academy to study directing, writing and editing, till 2015. In 2014 I also started psychological studies in Eötvös Lorand University(ELTE).
From 2012 to around 2015, I worked for an online hungarian tv, called Antropos.hu TV, as a cameraman(videojournalist) and editor, but I had to quit because of the two schools. In the same time I had casual video works, like a wedding-shooting or promotional videos. Now I’m working as an editor and drone operator of a Hungarian TV show, and also working as a cameraman and editor in the university’s media team along with other casual editing works. From december 2016 I started to do my first videoclips as a director, editor.

My first „moving image something”, which I’ve made, was in 2012 for an Istvan Orkeny Contest, called ’10 deka turista lesz’ (its a comedy), where it got a 3rd place, and than got a Jury Prize in the Országos Diákfilmszemle. After this I made 2 etudes in 2012-2013, one of them was about the feeling of locked, hopeless and being without memories, called ’Bezárt Gondolatok’ (Locked Thoughts), and the other was about the feeling of loosing someone, and the feeling that ’I can’t moving on’, called Nincs többé (Gone). The first one got a special prize at the 1st Total Plan Film Festival in Hungary. After this a bigger brake has come, and than in autumn of 2015 I came back with my first narrative short film, #Help, which is a thriller/satire. Now we have our second festival year, till now participated (or will participate soon) in 37 festivals, and gotten 15 awards along with 12 nominations around the world.
Now I’m working on a screenplay of a scifi-thriller short film.

This year in January I was invited to the Internatinal Jury of the 10th Boomtown Film & Music Festival, TX, USA. 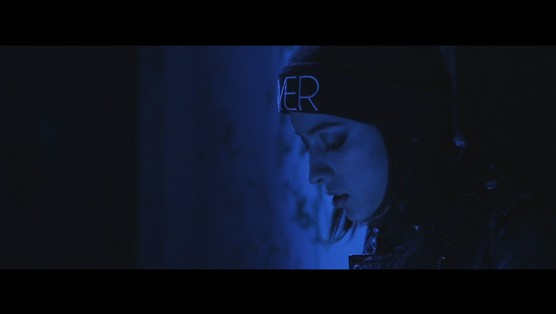