The uplifting story of how the Isenberg Center for Immigration Empowerment ICIE) worked to reunite a ten-eleven year old foreign national of El Salvador with his family that was domiciled in the United States. The short documentary provides technical background and personal insight into the rescue of the child that included the "El Gringo Schindler" going to El Salvador to deliver this young man to his family. While in El Salvador, the "El Gringo Schindler" discovered another human tragedy involving a mother and her four children that is introduced at the end of the film. ICIE is now working to resolve this matter that requires immediate attention.

Ralph Isenberg is the El Gringo Schindler. Isenberg has no formal filmmaking experience. After successful careers in hotel & restaurant management and commercial real estate development, Isenberg turned his attention to immigration reform. His efforts derive from heritage and experience. The oldest son of refugees from Nazi Germany, Isenberg learned from an early age to be mindful of the plight of others. A life-changing experience with extreme family separation of his own transformed Isenberg into a protagonist whose activism has benefited scores of foreign national families in need. With no legal training, Isenberg can make the most complex arguments to those that oppose the reforms he seeks for others. The efforts put forth by El Gringo Schindler are unpredictable as he strives to make those he opposes feel uncomfortable.

When the government sought to restrict the advocacy work of Isenberg, he started making films. His documentaries are both informative and dramatic. He films in real-time whenever possible. Isenberg features the people he is helping as part of recreation scenes. Isenberg plays an active role in each of his films. His films encourage social change and educate the populous about immigration wrongs.

"It has been my humble honor to save one starfish at a time in hopes that humanity will one day cease to stumble upon a beach of starfish in need." Ralph Isenberg is El Gringo Schindler

"It is right. It is wrong. Then there is the right thing to do." unknown

"The rest is silence" William Shakespeare from Hamlet 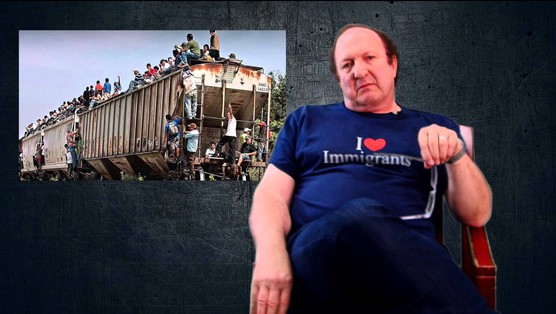