On each of two flourishing Moro communities separated
by a vast river are two brothers who feel a longing that is
beyond the grasp of their content and idyll life. In the end,
they seek the river to find their own peace.

Bagane Fiola is a filmmaker from Mindanao, in southern Philippines. His second feature film Baboy Halas (Wailings in the Forest) was selected under the Bright Future non-competition section of the 47th International Film Festival Rotterdam in 2017. It won the NETPAC Jury Price award during its World Premiere at the QCinema International Film Festival held in Manila Philippines in 2016. Recently, the film was given a Special Newcomer Award at the Internationales Film Festival Mannheim-Heidelberg in Germany in October 2017. Fiola is the founder and festival director of the Ngilngig Asian Fantastic Film Festival Davao, the first fantastic film festival of its kind in the Philippines. His previous works include the film Sonata Maria, which won Best First Film at the Young Critics Circle of the Philippines 2014, and several short films, which have been exhibited in various regional film festivals. (from Kaleido Asia Collaborative Film Program Southeast Asia and Japan 2018 by Jay Rosas). 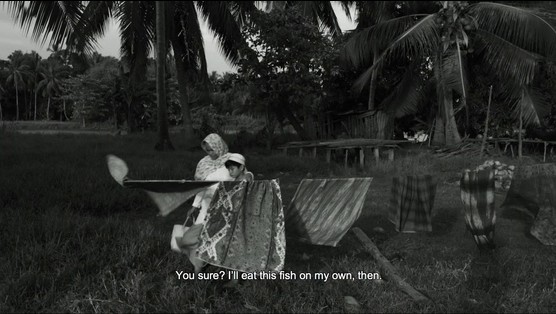