"Life Was Wonderful" is a Psycho/Thriller following the story of Jason Miles, a young award winning journalist who relocates to Los Angeles and unfortunately finds his life turned upside down because of his selfish choices.

South Florida native, Toy Alan, is an upcoming creative filmmaker with a passion to share stories with the world through his own lens. After getting his feet wet as a promotional photographer for 15 years, Toy's filmmaking career took off in Nashville around 2011. He's worked with several players in the music industry, such as Omega Swan and Brown Browns Band, directing and producing music videos. With immediate success Toy was eager to hone in on his craft.
In 2015, Toy was accepted into the Los Angeles Film School where he received a Bachelor of Arts degree in Directing and Screenwriting. While attending LAFS, he tacked on a few other credits to his resume, such as 2019 Indie Film "Dakotachrome" and 2020's "Laugh it Off". After working in Los Angeles for 8 years and releasing his most successful film, a Psycho/ Thriller, "Life Was Wonderful". Toy relocated back to Nashville in 2020 where he continues to screen write and direct films.
With his production company "Good Fools Company" and a handful of scripts in hand, Toy looks forward to collaborating on future endeavors, focusing on narrative films and other series. In this post covid era Toy is ready to share his stories about others and continue to entertain the world.

If one falls from a successful path they will try their best to get back on top. Jason Miles is a flawed hero who learns first hand how to save a life even if it means destroying his own. Sacrifice is the ultimate test of a character's heart and love for others. 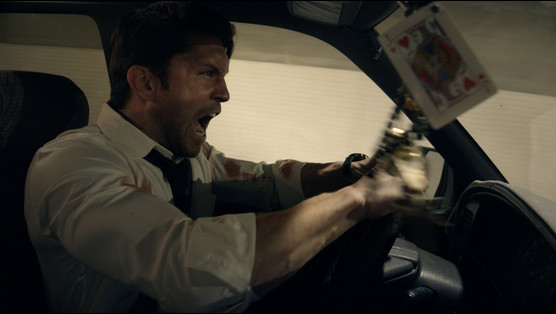