Firefighter Sam Kashani intervenes in a desperate hostage situation between business rivals while evacuating a burning office complex in Tehran, almost losing his life. He starts a new life overseas in Finland where he meets his future wife, Emma. Years later when he returns to Iran, Emma is kidnapped. Sam finds himself at the center of a revenge plot and must take matters into his own hands to rescue her.

Ramin's career began when he was only 4 years of age. His first trainer and mentor was his father, Alireza Sohrab, a renowned martial artist with a very popular school due to his training under the great Wushu masters while living at the Shaolin Temple in China for over five years.

Ramin has appeared in several movies and on TV, and he has performed in shows all over the world. At the age of six, Ramin moved to his mother’s home country of Finland. He continued training under his father’s supervision, and they also began to instruct others together. All this time, Ramin also continued to actively perform in public.

Ramin moved to Los Angeles n 2008, in order to study at the Stella Adler Academy of Acting and Theater, and he graduated in 2011. During the past years Ramin has continued honing his acting skills and focusing on building his career in the motion picture industry as a director.

Action films have always been close to my heart. Layers of Lies is a feature film developed straight from my innermost visions of a proper action movie. At its most basic level, Layers of Lies is a classic action drama and a testament to the power of low-budget action moviemaking. I've been working as an actor and stunt coordinator for many years, and the idea of making the first Finnish-Iranian action film has developed inside me for all of that time, making this movie the fulfillment of a lifelong dream. 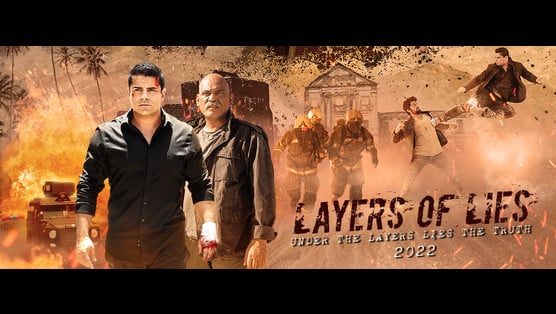