A film that delves into the life of a single expressive individual, dampened by the judgements of those around him. The impression that he makes on them is enough to make up their minds. He will push people away and let the voices in, igniting a flame within him that consumes him from the inside. However, it only takes a flicker of light to define who you are. And that's all he needs.

Saimanish Prabhakar is a 17-year-old high school filmmaker who is currently studying in Dubai, United Arab Emirates. Saimanish has completed courses with Distinction on various editing softwares which include: Adobe Photoshop, Illustrator, Premiere Pro and After Effects; which have all been attested by the KHDA (Education authority of Dubai). He has created two travel style films back in 2017-2018 and posted them on his Facebook page (SIMON BOI) which has got over 67,000 views. Back in March 2018, he got the opportunity to film the Dubai Ensenble (UAE’s first Special Needs choir). He accompanied them during their performances at Global village in Dubai and the special Olympics MENA games in Abu Dhabi. During that year, he also got the chance to film the UAE philharmonic choir that performed at the Canadian University of Dubai. During the summer of 2018, he got an amazing opportunity to work with Asteco (Middle Easts’ largest property management company). He created three advertisements which showcased their luxury properties. He also created several inductions videos for the company. He has a strong passion for film-making and always seeks to improve his methods of creating a good film. His debut film 'flicker' won various awards including the 'Young Filmmaker Award' at Calcutta international Cult Film festival, 'Finalist' at ON.DXB festival in Dubai, United Arab Emirates and also was an 'Official Selection' at the Lantern and light International Children's Film Festival in Melbourne, Australia. The film was screened at the Cameo cinemas in Melbourne. It has also been officially accredited on IMDb.

'flicker' is a film based on my idea of how people live their life based on other people's opinions. I observed that individuals wouldn't pursue their passion and dreams due to the fear of being judged by society. As a teenager myself, we tend to follow the norm and what's "popular" rather than our passion as this maintains our "social image". 'flicker' shows how to embrace the flames of these opinions and fight through all the judgement; and to follow your dreams! 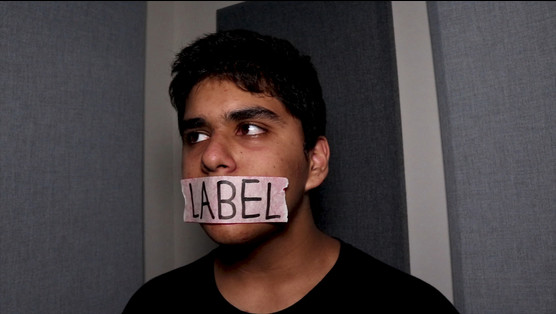