every diapsora poem is about mangos

In this film, the poem "every diaspora poem is about mangos" is performed. This poem is an erasure by replacement that uses the diasporic symbol of a mango to interrupt and interrogate what we bury and what we grow, in language.

Full text of the poem available on the website.

I am an EMMY® award-winning Filipino-American immigrant producer and director based in Detroit, Michigan. My work focuses on capturing authentic, immersive human interest stories especially from underrepresented perspectives. I am co-founder of Reel Clever Films LLC, a small production company specializing in non-fiction storytelling and branded content. I have produced an immersive body of work for the non-profit and education sector, Fortune 500 companies, the local creative arts and small business communities, and leading advocacy organizations. My work has received an Emmy (Michigan Chapter) nomination, as well as exhibited and juried in various local and international film festivals.

I have helped produce video pieces for Time Magazine, NPR, AJ+, Huffington Post, and PBS Detroit. I also have an immersive background in digital commercial and animation production, with stints as Producer at First Fight , and Senior Video Producer at Milo Agency in Detroit. I have produced broadcast and digital campaigns for top-tier clients such as Dave and Busters, StockX, GoDaddy, Avery Dennison, and many others.

I am part of New York Foundation for the Arts’ Immigrant Artist Program cohort, and was selected for Sundance Institute’s Creative Producing Lab, and Firelight Media’s Groundwork Lab in Detroit. I am a member of Final Girls, a collective of professional women filmmakers in Detroit, as well as the Brown Girls Doc Mafia. Presently, I serve as the Supervising Producer for “Shifting Urban Narratives”, a multimedia fellowship for young Detroiters by Wayne State University and the Schultz Family Foundation. 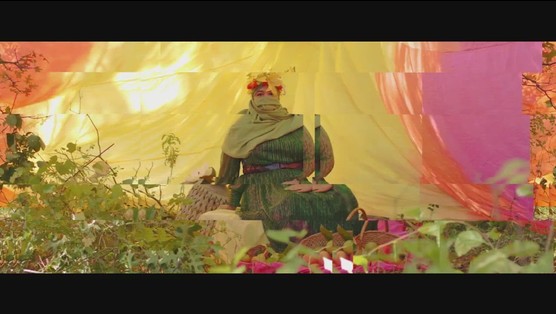