A biracial family dealing with the issues of bullying in the work place, at school, and in the streets.

Jermaine Quick / Entrepreneur – Artist – Producer – Film Maker
Jermaine Quick is a West Philadelphia, hip hop artist, producer, videographer, film maker, and the CEO of “illadelStyles Entertainment LLC”. Jermaine’s newest project is called “AMERICAN BULLY”. As the writer, Director, and Producer of the film, he has been able to give 68 actors and music artist an opportunity to be seen on the big screen, and nationally; where they may have never received a chance to do so. “American Bully” talks about the issues of Bullying in the community from different perspectives. Currently Jermaine has three movies in circulation. The First film is a short named “Rise Like Cream” which can be viewed on Youtube. The Second one named “Concealed Habitat” was nominated in the 2011 Philly Film Festival. The third film received a distribution deal by Shami Media group in New York and can be bought all over the country in Best Buy, Target, and Amazon Prime streaming. In total, over 100 actors, and music artist were able to not only learn film making, but expand their individual careers.
Jermaine started his passion in junior high as a hip hop entertainer. After graduating high school, he had an opportunity to record his first record named “Give It Up” with a female singer “Heather Henderson” under Simon Sez recordings. In 2001, he started his own multimedia business called “illadelStyles Ent. LLC” after completing an entrepreneur course at Temple University’s “P.A.C.E.P. program”. Since then he has filmed major artist such as “Lupe Fiasco, Fat Joe, Kevin Hart, Tisha Campbell, Neyo, and Busta Rhymes just to name a few. With three albums on iTunes and other mediums, he felt he could reach more people with a positive message with visuals. Thus, leading him to work with Urban Xpressions, Mothers In Charge, and 103 The Beat radio.
In 2001 to 2004, Jermaine also started an after-school program in North Philadelphia called “The Youth Community Outreach program under the roof of the Mars Hill Baptist Church. Dobbin’s High School students and Hartranft Elementary students learned conflict resolution, and life skills. Dobbins students received community service credits towards their graduation. The program was also recognized by the U.S. Census bureau for leading the community to register their residency. In addition, the School Board of Philadelphia gave the program a continuous $5000.00 reimbursement grant monthly to assist with materials.
This Bio only scratches the surface of a man who wears many hats. Thus, you will find a wealth of knowledge when you dig into his city roots with artist and community members.

While everone else continues to film the same propaganda, I lean in the direction of healing. My films will always be diverse. I dont capture for the sake of Hollywood. I capture the moment for the sake of humanity. 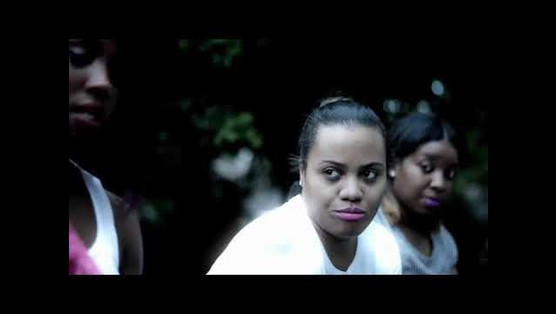