When a pious young priest is sent to investigate reports of witchcraft, paranormal activity, opium abuse and lesbianism at an eerie & controversial convent, the nuns and the novices identify his weakness and devise an astonishing way to receive Holy Communion.

On All Hallows’ Eve, rumours of witchcraft, lesbian Bacchic orgies and demon possession at the ancient community of St Bonobo had reached the Vatican. Fearing a scandal for the Church that would lead to a disruption in cash flow and to a drop in overall giving, the Pope commissioned the most devout and ambitious of his young chaplains—the Saint—to visit the convent and to offer a Mass of wholeness and healing to the members of the community, to hear the nuns' confessions, and perform as many exorcisms as would be needed. The Saint’s first points of contact were Countess Gerta von Suckula—the formidable granddaughter of the patron of St Bonobo’s and Sister Katrin Fellatia—the mousy but furtive Abbess of the convent.

As the Saint is preparing to administer the Blessed Sacrament, he hears the lock of the chapel door slide shut and feels the temperature in the room begin to rise. When the Countess, the Abbess and the throng of incensed nuns encircle him at the altar, their increasing proximity causes an unwelcome stirring in his repressed virgin loins. As the women set upon him, he realises (too late) that he is spiritually ill-prepared for the confrontation with the principalities and powers that underpin the community’s leadership that threaten to subvert his mission...

I am an iconoclast who always challenges forms, customs and traditions, and this was an artistic and explicit way that I could carry this out. I filmed the action in black and white and then broke it up into jagged bits that would be choreographed with the clunky background score. While watching this film, I wanted the viewer to experience intrigue, curiosity, anticipation as well as shock at the transgression of racial, sexual and social barriers and taboos. There is also a strong element of the grotesque that pervades the work. I expect that some viewers will feel a sense of vindication while others may feel anger and frustration.

The actresses playing the “Abbess” and the “‘Countess” were professional glamour models while the actor cast as the “Saint” was a professional life model as well as a drag queen performer. They were all featured in a burlesque pantomime I had gone to see and I thought it would be interesting to photograph and film them together. Working with them was energising because we had a shared vision, dynamic chemistry and appreciation for when the absurd and the erotic coincide. They wound up forming part of my original group of muses who modelled in various settings and are featured on my website www.norageist.art.

Working with this crew was fun because we were able to go through each stage of the process with good humour and a sense of purpose. We were fortunate to get the equipment for this film because we were running on a shoe string but a benefactor came to the rescue and enabled us to crack on. This film will always be special to me because I was able to depict aspects of the written works it was based on that have been inspiring to me since I was at university.

The film turned out to be a little different than the script because the nuns could not collectively dismember and devour the Saint! We had some delays creating this film because life got in the way. The original footage was shot ages ago but the film wasn’t completed until recently. I hope you enjoy watching! 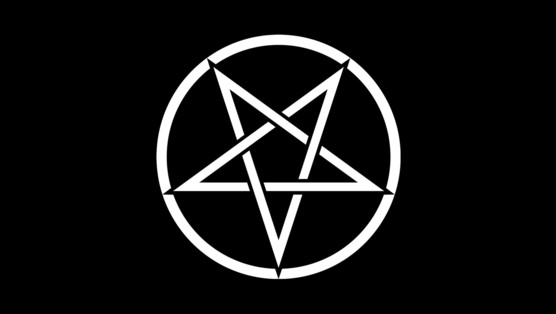