"Verified" is an outrageous comedy that tells the story of two failed content creators, Mike & Ari, who are kidnapped and given a terrifying ultimatum: Get verified...or DIE!

Satirizing the MANY social media videos out there, we've created a story that pokes fun at this exhausting global chase of fame and the desperate measures people will attempt to get it.

The project began as a 20-episode vertical series for a new social media app called RIZZLE, where it successfully garnered over 1 Million views. We have adapted the series into a 13-minute vertical short film, which shifts some of the narrative devices and condenses episodes to fit the new format.

Ari Frenkel is an award-winning actor, writer, and filmmaker. Having worked extensively in TV, his credits include FX’s Impeachment: American Crime Story, HBO’s Silicon Valley, Amazon’s Homecoming, and CBS’s All Rise. As a creator, Ari’s web series Sorry, Ari, which he writes and stars in, was named one of the Best Web Series by IndieWire and won Best Comedy at Stareable Fest 2021. Originally from New Jersey, Ari earned his BFA in Acting from Montclair State University. During his time there he won the prestigious Kennedy Center Irene Ryan Acting Competition at the National level in Washington, DC.

As media and comedy consumption is rapidly changing, we wanted to make something new and exciting that both satirizes this new landscape and applies to it.

We created this series as a way to poke fun at the influencer world we all, despite our best efforts, seem so desperate to break into. We have been active content creators for many years now with many successes that give a fleeting sense of accomplishment, immediately replaced with crushing disappointment.

This all-too-familiar feeling is something we wanted to explore in a narrative that reflects the urgency of the circumstances as well as the speed of the most popular social media content today.

We hope it leaves our viewers laughing and thinking about the next 10-second video that entertains them past their usual mental disposal. 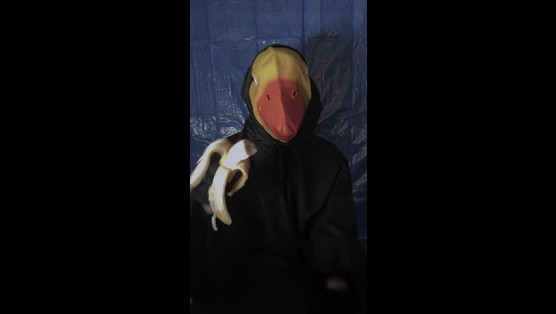