A young woman returns home after a day in the town. Buzzing with excitement, she dances around the apartment and takes a call on her mobile phone. She receives a warning but treats it as a joke, but then the phone cuts dead. Outside, the city disappears and the void penetrates the world. Disbelief turns to an encounter with the Void & the girl getting infected with darkness herself. Trapped in the kitchen, she empties the fridge and huddles inside. Will she live or will she die?

'Void' is a short horror film that uses a remorseless black void as a metaphor for the COVID-19 lockdown and what it also has brought about. The film encourages and deals with resilience in the face of adversity and shows that life always goes on, no matter what.

Dagmar is a Director and Filmmaker who focuses on Narrative and Commercials. Her background is in Cinematography, with experience both above and below the water (HSE).

Having started her career as a stills photographer in 1995 in Vienna she moved to London in 2000 to pursue her career in moving image. Dagmar is a graduate of the National Film & Television School (NFTS) ‘Directing Commercials’ Diploma which helped her to further develop her craft and delve deeper into the world of story and fiction.

Dagmar intuitively works with performers and loves to analyse both story and character motivation. Dagmar is known for her unwavering attention to detail, her perfectionism as well as her ability to think both conceptually and strategically.

Her technical know-how, has lead her to continuously work with visual effects, something she really enjoys, as another level for full creative expression and endless possibilities for telling stories.

When Covid19 hit us, I first got very sick myself. After picking myself up I decided to use my time to make my first short film as director.

Living on my own, with camera, lights and editing equipment on hand, I advertised to find writers who could create a story, set in my flat, and a character that I could also play myself.

After reading VOID, I immediately was taken by the darkness and equal quirkiness of the script. I did work with the writer, to give it a positive ending, as initially VOID simply swallowed the world.

I shot a few technical tests, to see if I can pull it all off on my own, lighting and shooting myself (and keeping things in focus), while acting in a believable manner. I also had to test the visual effects side to see if I can fins a solution in case I could not find professional VFX crew. I did come with solutions I was happy with, so decided to go ahead.

I initially planned to do all visual effects myself using basic cloud overlays and 3D headless snakes I had created in Red Giants 'Tao', 'Particular' and`Trapcode' but then decided to advertise for professional Visual Effects Artists. Time-wise, I absolutely could have not completed the film without my incredible VFX team, and it would have not looked the same. The black veines and girl getting sick, as well as the blue monster, were both add on's to the script, that I came up with during the shoot. I later also realised I could make use of some old drone footage, that I had shot for another personal project in the previous year, which really added visual grandeur. The film took me 10 days to shoot, and over two and a half month to make.

The creation of this film has been extremely difficult, given that I more or less (up until the post production stage), did everything myself. Acting with effects that I was still developing, and of course keeping all technical bits of both story and camera/lights/edit in mind, was very difficult, and a real challenge to get right, but also really fun at points.

I am very lucky, to have found this incredible post-production team, all giving their free time, and hours and hours of it.

I am incredibly proud of what we and I have achieved, with some of us continuously working into the early morning hours, in order to get the project finished for festival submission.

I am now looking forward to see how the film does in festivals and what might come from it. 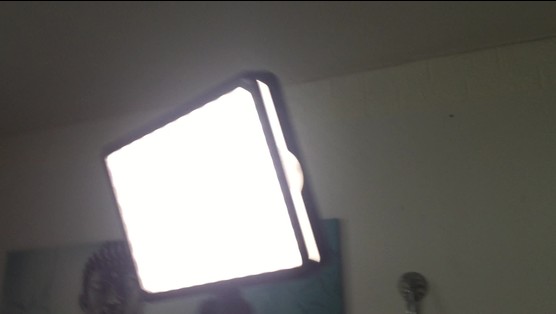