Cara is a damaged, institutionalised child, hungry for connection but unable to empathise with others. Alma is a Lithuanian teenager who’s the carer for her sickly younger sister Maija. When the two sisters visit the hospital where Cara is a long-term patient, Cara is quick to spot parentless outsiders like herself. She's fascinated. But Alma is the one she wants, and Maija is in the way... Cara's oblique, subjective point of view is rendered mostly without dialogue, with a layered, experimental soundtrack.

Tessa Sheridan has written and directed several short films, which have won awards across Europe and the US, including the Palme D’Or at Cannes and the BBC award for Best Short Drama.
Three of her feature film screenplays have won development support from Europe, the UK and Asia. Most recently STEP 13, a UK/Danish co-production, was awarded a major MEDIA EU development-to-production grant.

Tessa also works across other media. Her experimental radio play Flotsam was broadcast by BBC Radio 3 and her short stories, which have won competitions including the Chester Prize, have been published in two collections to date.

With a background in music, Tessa is particularly interested in sound design as a tonal and rhythmic element in filmmaking. 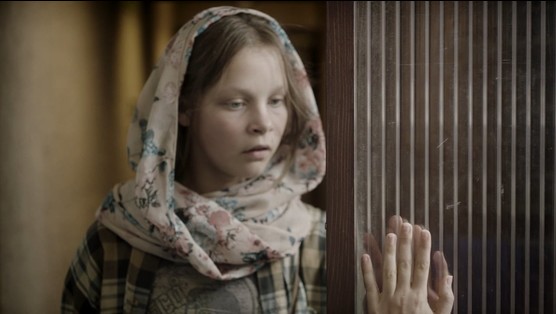