LOGLINE: A group of oddball telemarketers sell weird infomercial products as they work the late-night hours of the third shift.

Rich Baker is a 20-year veteran entertainer born and raised in Fort Worth, TX.

As he grew up, he fell in love with film and theatre performing in high school plays, musicals and shorts. He realized his love for improv at Fort Worth’s longest running improv comedy troupe called Four Day Weekend. Then in college, Rich co-founded Texas Christian University’s improv troupe Senseless Acts of Comedy who are still performing to this day. After graduating with his Bachelor’s in Film he continued to pursue his passion by moving to Chicago to study at The Second City.

As a professional entertainer, Rich has traveled the world performing for The Second City, ComedySportz, Mission Improvable and his award winning two-person show Rollin’ In Riches.

Although Rich has a tremendous love for stage, he furthers his career through directing, screenwriting and producing film at Stronger Entertainment Inc. See more at www.STRONGERentertainment.com.

Ever see an informercial at 3AM? Who in their right mind would answer infomercial calls at that time? Third Shift is about the telemarketers who sell the products that keep you up at night. While most people sleep, the oddball staff of Baron Solutions is awake and ready to close the sale.

I have always loved workplace comedies (Taxi, NewsRadio, The Office, etc.) and I wanted to make a series exploring an office environment never seen on film.

Third Shift is a short form web series where each episode plays out like a comedy sketch. We cast actors adept at improvisation (mostly Second City graduates) giving them outlines and beats for each episode without writing out every single line of dialogue. This gave rise to a lot of wonderful discoveries on set making it a blast to shoot…and a labor of love to edit.

Each episode in Season One is self-contained but is ready to be formatted into a season long storyline made for the web or television. 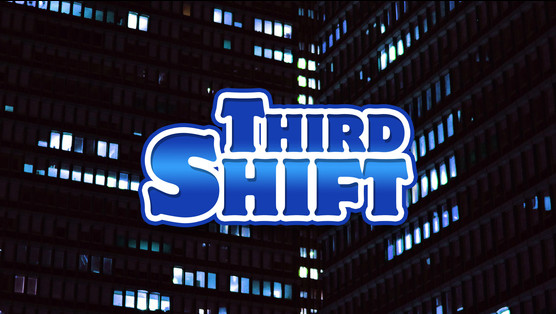