On a hot night in Rio de Janeiro, two men seek pleasure and ultraviolence. They invite two prostitutes to accompany them on this risky and intense adventure. A critique of the social system that evokes Passolini, Lynch and Jodorowsky. The posthumous film by Luiz Rosemberg Filho

The trajectory of the Brazilian filmmaker Luiz Rosemberg Filho has been marked by the disconcerting pace of those who are constantly out of step. In a week where Brazilian cinema made the front page for winning important awards at Festival de Cannes, history mourned Rosemberg’s death recalling a less euphoric memory of the Croisette: in 1978, Crônica de um Industrial / Chronicle of an Industrialist, directed by Rosemberg, was selected for the festival, but ended up blocked from being screened by the Brazilian censorship.

By then, the director was no stranger to state brutality. A non-conformist in the most literal sense of the term, Rosemberg had seen his previous film, A$suntina das Amérikas (1976), be censored in total, and his debut feature film, O Jardim das Espumas / Foam Garden 1971, become a landmark of Brazilian Marginal Cinema, famously defined by Glauber Rocha as “a well-seasoned soup of rocks,” even though it had barely been seen: censored at the time of its release, the film had been considered lost since the mid-1980s (Rosemberg himself used to say the producer made a broom out of the negatives).

After the exploitation experiment O Santo e a Vedete /The Saint and the Starlet (1982), Luiz Rosemberg Filho took a long break from feature films but did not move away from the cinema. In 1986, he organized and published an influential critical anthology on the work of Jean-Luc Godard—a filmmaker whose kinship is visible in his aesthetic restlessness. In the 1990s, during the production shutdown that followed the demise of the state-funded production company Embrafilme, Rosemberg quietly began experimenting with the analog video essay format, accumulating dozens of works that very few people got the chance to see. More than a career, his cinema was an ethics and a practice, a way to refine and articulate his bewilderment in a post-utopian world.

The times, however, slowly caught up with him. In 2014, Cavi Borges—a video store owner who has produced and directed hundreds of independent low or no-budget films - approached Rosemberg about making a new feature film. That same year, CineOP—a festival in the city of Ouro Preto especially devoted to audiovisual preservation and archiving who had programmed an homage to Rosemberg that year—found a surviving 16mm print of Foam Garden - a speculative science fiction in the form of a collage that includes Hitler, King Kong and the carnivalesque counterculture—in France, and ended up tracking another lost film by him, Imagens (Images, 1972)—a silent epic that stands at an unlikely intersection between Pasolini, Philippe Garrel, and the New American Cinema—in the archive of the same film club. After decades of mismatch, the stars were finally aligning.

Around the same time his new film, Dois Casamentos / Two Weddings (2015), premiered, the director launched a YouTube channel and made available the larger portion of the work he'd made up until that point. Younger generations of critics, scholars, filmmakers, and cinephiles suddenly had access to the work of an entire life devoted to the radical interrogation of politics and aesthetics, with films and videos that embraced poetry, interrogated sensuality, exposed mass-media, attacked organized politics, and expressed a permanent discomfort with the deterioration of life in Brazil. But, more than that, Rosemberg's uncompromising creativity became something one could count on: since his return to the feature format, he released two more feature films - including the astonishing Guerra do Paraguay / Paraguay War (2016), a tour de force on the persistence of life past destructive masculinity - and a handful of shorts, which have circulated widely, often alongside the filmmaker, in the festival circuit.

Luiz Rosemberg Filho died on May 19, at 75, after years battling cancer. His death, however, didn't prevent him from pointing new ways forward in the form of O Bobo da Corte / The Jester, a new finished film which is yet to be released.

I make films to try to understand contradictions in the society people lives. 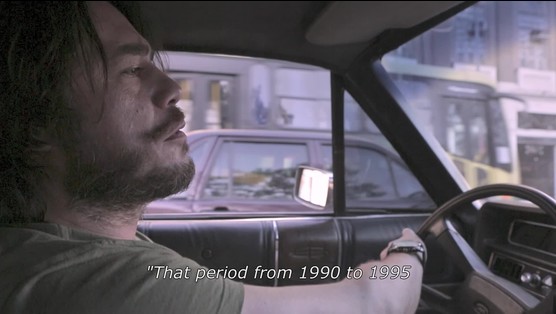