Upon making a tragic and mysterious discovery, a busy young professional must confront her feelings of regret while trying to piece together what happened to her sister.

Tracy Mathews is a Creative Director and head of the design team at a global communications firm by day and an aspiring filmmaker when she's beyond the walls of her corporate office. As a thespian and theatre kid in high school, she enjoyed acting in plays and musicals and while she appeared in her first three short films, she now prefers to be behind the camera as writer and director. She is surrounded by a diverse team of passionate creatives who enjoys working together and honing their skills as filmmakers.

My fourth short film, The Last Meal, is a story about dignity and regret, represented by the two sisters and the choices they've made apart from one another. I hope that audiences identify with both of these characters as I believe we all have had moments where we have become "too busy" (with work, kids, etc.) to make time for friends and family and we've also had moments where we want to control a situation that we really have no control over.

As someone who found out my father died of cancer after ten years of not speaking to each other, I was shocked to learn that he didn't want to reach out to me to let me know he was dying. Even though it was his choice to not contact me in the few months he had after he found out he was terminal, I had chosen to not reach out to him in nearly a decade and was left fighting off any feelings of regret. After hearing from family how bad his last few weeks were, I believe he didn't want me to see him in the state he was in and decided to pass away in the comfort of his own home with dignity and peace.

When coming up with the premise of this film, I drew from this experience while weaving in two other things that fascinate me greatly: assisted suicide and death row inmates' last meals. Both of these things are a person's last chance to have some sort of free will, whether it be choosing to leave this earth on their own terms or to be able to select the final meal before certain death. It's the ability to feel that they are dying with dignity...which I believe is what my father wanted and what I believe is a universal truth and I'm proud to bring this story to screen.

What I'm most proud of though, is the way this story was brought to life by the help of my team in the writers' room, the performances, the editing, the original soundtrack and the cinematography. Each of the people behind these things really put their heart into it and I couldn't be more thankful. 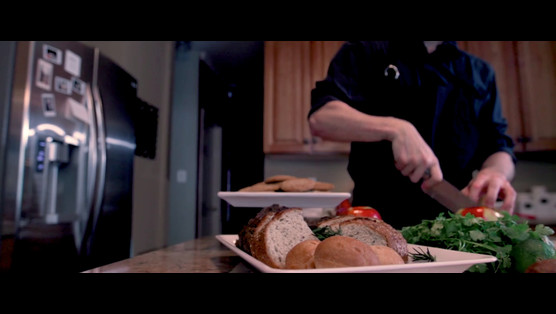