The Blind Way Forward is a thirty (30) minute documentary which connects to an audience of blind and sighted individuals through the use of live testimony, humor, real life examples humor and research information to communicate options that are available to a blind individual to live a normal life, doing things they used to do, in a different way.

Kyron Jeffers is a creative design & media professional with over 7 years of experience in media production and content marketing for outreach programmes. Kyron holds a Bachelor of Arts degree from the University of Greenwich. In 2016 He was selected as 1 of 10 Caribbean filmmakers to participate in the Trinidad and Tobago Film Festival’s RBC Focus Filmmaker’s Immersion.

His first public production “The Blind Way Forward” was selected for the Carifesta XIII Film Festival in Barbados, licensed for airing on Trinidad and Tobago Television and won “best documentary” at the Rollywood International Film Festival in 2020. Kyron has volunteered as the tutor and curriculum developer for the Queen’s Royal College (Q.R.C.) film club. In 2017 & 2018 he was recognized for “Significant Contributions to the Life of the College” for his work in the club.

Students from the Q.R.C. “Learn to Fly Film Clubs” summer course won best film, best editing & best acting at the Hillview College Film Club. State television station (TTT) awarded the group the opportunity to reproduce their film to the point that it can be broadcasted. Kyron continues to engage in outreach productions for youth such as the online book “The Chorus of the Shores” and initiative targeted to build empathy among bullied young men. Upcoming credits include the Hip Hop music video project “Paper Chase” and the short film “Skyglow” 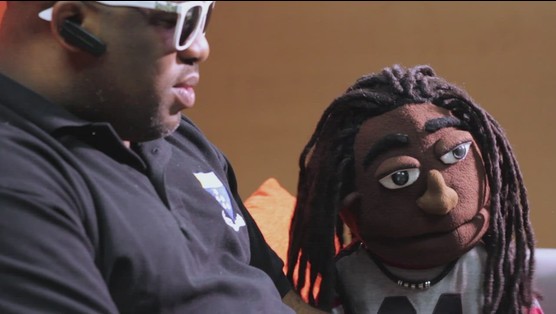