“SkyRiver” a poetic journey under the skies of Paris, in search of the invisible.
Imbued with Slavic thought, the film explores the passage from the city to nature, creating a hypnotic imaginary in which a whole network of symbols of pagan or Christian origin and a series of figures that combine the profane and the sacred intertwine. Spirituality, the presence of the earth and its prophetic union with the other three elements (water, fire and air), the loneliness of beings, their dreams, their fantasies,
their imagination and their torments is the theme of “SkyRiver”.

The staging of the film is specified in a single sequence shot expressed by a tracking shot that creates movement through one of the city’s arteries.

It is a personal cinematographic view that gives rise to the River movement.

The movement takes the basics from Nouvelle Vague and has a direct collaboration with the artist Jean Luc Godard.

The heart of the movement is a return to purity and innocence, as well as the ability to share these moments with loved ones.

River movement offer a completely new way of ～～～～ mise en scène ～～ film that shows and explores the beauty of the present moment in nature and people.

The first film exhibited as part of the movement is ～～ “SkyRiver” a poetic journey under the skies of Paris, in search of the invisible. 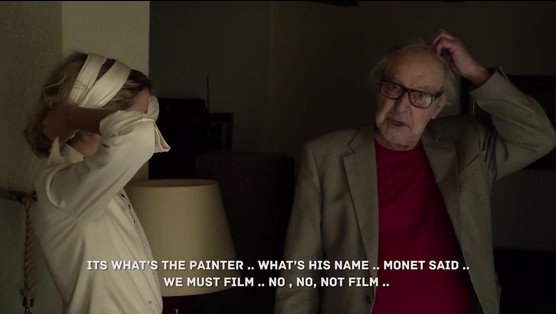