Pradip, a skinny teenage boy, runs a tiny tea stall in his village. He is from an impoverished family. Furthermore, he’s just lost his father a few days ago. He has to complete his father’s funeral as well. But in Hindu culture, a picture of the late person is necessary to complete his funeral. Pradip has only a torn picture of his father. The next day, Pradip sets off to the town as soon as the first light hits the sky to make a fresh copy of the photo. All the shops are closed due to pandemics, Pradip requests a shopkeeper to help him, and the man opens the shop and starts to make a copy of the picture. But again the police came. One police tried to take away the picture, and the ever-calm boy Pradip suddenly burst into rage and hit the police. When a man faces the risk of his most precious asset, he becomes someone else, this basic instinct of human beings was present here also. The police took Pradip to jail for hitting the police and Pradip continues to tell his utmost belief, that the funeral won’t be completed without the picture!

Hemanta Sadeeq is a filmmaker based in Dhaka. His debut short film A Letter to God (2017) had its international premiere at the 58th Asia Pacific Film Festival (APFF 58). Hemanta made a film portraying the Covid situation in rural Bangladesh titled SHOLTE; The Lamp Wick (2022) which had its world premiere at the Short Shorts Film Festival & Asia 2022. His recent short KHOWAB, Castle in the Air was a Film Bazaar Recommends (FBR) short in 2022. He is currently working on his debut feature film ‘RIGON: tale of a Father’, a Bangladesh-Italy co-production.
Hemanta studied Theater and Performance Studies at the University of Dhaka. This Bangladeshi filmmaker dreams of framing his ideas and thoughts throughout his life.

Sholte, the wick is the portion that lights up a lamp. A lamp is nothing without the wick, which is true in a different way for human beings also.
In this story, the protagonist is Pradip, which means the lamp. His helplessness and ever calmness are seen in the film. But he burst out into rage when the police try to take away his only asset— his father’s picture, whose funeral is after some days. A human being can’t resist himself when he faces the threat of losing his most valuable asset, I have tried to portray this basic instinct in my visual language.
The pandemic was a tough period, it went tougher for the low-income people. They didn’t have an option to continue their regular life. How the people faced the pandemic and it changed their philosophy of living is one of the concerns of the film. Every people have their own wick, they become lunatic when they face the challenge of protecting it, this instinct has become distinct here.
Some news of the pandemic shocked us. We felt closely how helpless we are becoming each day. We decided to shoot a story based on those true events. To shoot the film our budget was insufficient. Then we decided to shoot the whole film with a mobile phone device (iPhone 11 pro max). The medium was changed due to our convenience, but the dream to tell the story was never compromised.
Here, we have tried to tell a story of pandemics, a story of helpless people, a story of us where we never accept the threat of losing our valuable asset, that could be a person, an object, or anything else. 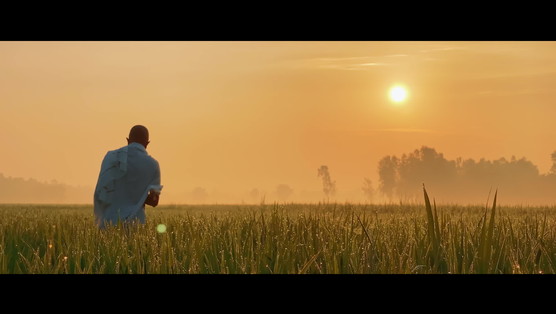