One day after purchasing their first real adult pull-out couch, homebody couple Levi and Dillon's relationship is tested when an unexpected (and pungent) visitor arrives to stay the night.

We are BONABART (Bonnie Dennison and Alison Barton) a writing, directing and performing duo. We've written and directed many national ad campaigns, and our work has been featured on Twitter, Bustle, Syfy, Now With, Eko, Netflix, MTV, Funny Or Die, College Humor, Refinery29, Entertainment Weekly, and our moms’ computers. We launched, and were head writers for Elite Daily’s super-successful Snapchat Discover channel.

Our pilot “Granted” won Best Comedy Script at New York Television Festival and we attached Seth Green’s Stoopid Buddy Stoodios and Just For Laughs as producers. Judy Greer just signed on to direct our feature film "What Would Dakota Do?" Our award-winning dark comedy short films “Brown Bagger” and “Manifest” made the festival rounds this year. We are currently pitching a dark comedy series called “Here For U” with Picture It Productions.

Levi and Dillon live in their bougie bubble in Brooklyn. Every day on their way to the subway they pass the unhoused and they feel bad. They even talk about how bad they feel. But once safe inside their two-bedroom, all this couple has to worry about is what wine pairs best with Thai food, and if they should “adopt” or “shop” for a dog. That is, until an old friend of Levi’s shows up. A friend who is clearly experiencing homelessness.

Our goal in directing PULL OUT was to use humor to pose a question: What would you do in Levi’s situation? Because while we all hold the “right” opinions, and we’d like to think we’d open our door to a struggling friend, is that true? Or is the truth that we’re more worried about our new couch, than our friend in need. 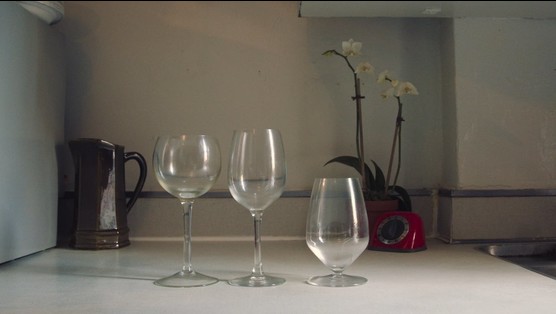