Arthur is a man of few words and simple taste, but upon finding himself in a rather unusual situation, his persona changes. While preparing for a night in with a promising young female, he is instead greeted by an unexpected Stranger harboring a dark curiosity for a double-life he's convinced himself Arthur is living. However, the truth can only come to light by uncovering one thing: a polaroid.

DANTE AUBAIN (Writer/Editor/Director) - Dante is an
award-winning LGBTQ film director most commonly known for his debut feature film, The Alpines. The film has now garnered over 45 festival selections and 30 awards in various categories. Dante and his producing partner, Mally Corrigan, have taken the success of this film to pioneer their own indie production company, MQB Films, where they continue to produce various short and feature length projects.

Over the last few months spending the majority of my year indoors, I spent a lot of time watching movies. Some I'd never seen before. Others I'd seen many times and continued to watch on repeat. One in particular, Zodiac, directed by David Fincher, is what really caught my attention and inspired me to write and create Polaroid.

I always thought Zodiac was a film about a serial killer. I discovered recently that it isn't. It's a film about an obsession so deep that it manages to ruin lives in ways other than murder. The main character, Robert Graysmith, becomes so drawn into this investigation attempting to uncover who the Zodiac is that his entire life begins to suffer for it. Taking precedence above all else, he just needs to know who this killer is.

As we all know, Robert never receives a definitive answer to this question. Nor does the rest of the world to this day. Yes, there are theories. But ultimately, we will never know. I began to think about Obsession as a whole, and then I asked myself another question. Will there ever be an acceptable conclusion to any obsession before you ultimately succumb to it?

This is how Polaroid was born. 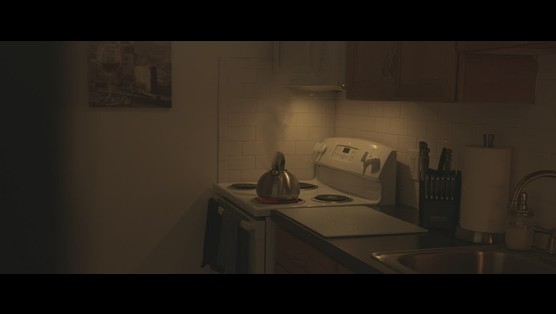