A single mother risks everything to pave a better road.

Kelly Mason’s poetic memoir, self-shot over a decade, documents hers' and her children’s compassionate separation from their father to pave a new road, not only for the well-being of the broken family but for the planet itself.

Kelly Mason's priority is to make a difference in the world for generations to come. She is a mother, Kundalini yoga teacher, entrepreneur, and filmmaker. Her areas of focus as an independent producer are stories that advocate social justice, environmental protection, and awareness of well-being. Kelly's rich background in the film industry spans 30 years where she has served as a Director/Cinematographer on union (ICG669) productions. Kelly shattered the ceiling for female cinematographers in 1997 and works with tier 1 crews and A-list celebrities for companies like Berlanti Group (CW), Netflix, Warner Bros., Merchant Ivory, Disney, Apple TV, and others.
Kelly's award-winning documentary feature, PAVE THE ROAD, inspired the paving of 45 km, protecting the health of thousands of school children, and introducing the "Green Pavement" technology, which replaces fossil fuels with plastic waste. Her film is influencing the largest oil and gas companies to follow in her footsteps. Kelly's impact film campaign established legislation in Central America in 2020 and is driving attention to the lack of waste management in Central America, where plastic waste and other waste materials are leaching into soils, rivers, and oceans contributing to the universal plastic pollution crisis. Kelly plays an active role in taking the plastic road idea worldwide and is spreading awareness via sustainable innovators, virtual screenings, summits, social media, and big brand partnerships.
A few of her past accomplishments include birthing the Film Commission in Trinidad, West Indies; instructing seminars for the American Society of Cinematographers (Los Angeles) & the Canadian Society of Cinematographers (Vancouver and Toronto); serving on the Executive Board of ICG669, and contributing to the development of the Camera Assistants course at the British Columbia Institute of Technology.

I choose to be an example for my children and lead a life of fearless "right action." The next generations will be up against many challenges and, we, the mothers, the parents, and the caregivers, need to be courageous and lead by example. 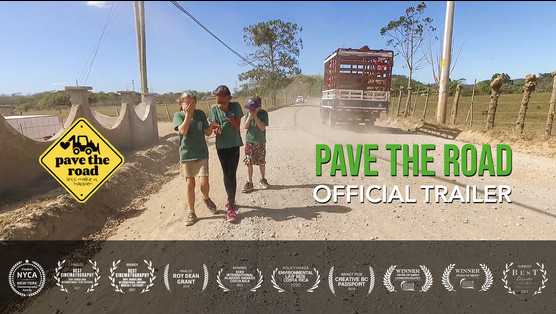