In the earliest days of pandemic and social distancing, people could not believe what was soon to come - changes that would even disrupt ancient family traditions. As stay-at-home orders began to kick in (way back in March 2020), Andrea (Michele Greene) had to convince her mother, Mitzie (the legendary Renée Taylor) that even in the age of Covid, new traditions can be created.

Levin was the co-creator and showrunner of the hit series, MTV UNCENSORED, setting ratings records for over five years, earned four Emmy nominations, spun off two CBS specials, DVDs, and a coffee-table book he co-wrote.

Levin has worked with major talent over the years, and won an Emmy for directing a kid’s show that starred a gifted 12 year old - Jordan Peele - in his first TV appearance.

During my career, I've been lucky enough to work in television, working with icons and creating unscripted content. But during Covid, I pivoted back to my first aspiration, scripted narratives.

It occurred to me that musicians were creating concerts in their living rooms.  Comedians were doing stand-up in their bathrooms. Talk shows coming from basements and garages. But production of scripted content had come to a virtual standstill.

I owned equipment that allowed me to record (this was before zoom) video calls from Skype or FaceTime - and isolate the audio and video feeds - and I thought - this might be a once-in-a-lifetime chance to do what I originally aspired to - and maybe even do some good.

So on the first Saturday of the stay home orders way back in March of 2020, I called a few friends and colleagues, writers, actors and directors basically said ‘I have an iphone. Let’s put on a show.’ Some of the actors were people I hardly knew - but I was stunned and thrilled when so many said yes!

We saw it as a grass-roots operation. With studios and networks shut down, we thought ”We’re stuck at home. Let’s have some fun. Be creative. Donate our proceeds to The Actors Fund. And hopefully put a smile on people’s faces.”

By that Tuesday, we had shot our first episode with Barry Bostwick and Yvonne Jung, TOOTH-FAIRIES IN QUARANTINE, by Kurt Fried - his very first produced script.
In the weeks that followed, with no budget, five writers and twenty actors, we produced ten original one-act plays - which ran weekly on YouTube. Each episode is fully scripted, spotlighting two characters conversing about their lives during that unprecedented situation, communicating over Facetime, Skype and a new thing called Zoom. 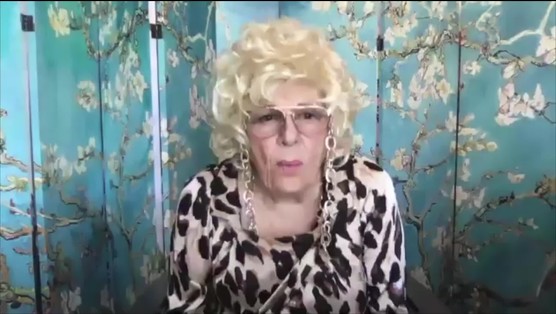