Naomi & The Reckoning is an experimental film that follows Naomi, a young woman with a physical deformity. Struggling with body acceptance all her life, Naomi also comes from a strict religious upbringing. Purity culture further complicated her relationship with her body and, now recently married, she can’t find sexual satisfaction. Based upon the novelette from Finishing Line Press, authored by writer/director Christine Stoddard.

​Christine Stoddard is a Salvadoran-American writer and multi-hyphenate artist creating films, books, plays, murals, and more. She founded Quail Bell Press & Productions, including Quail Bell Magazine. Her first feature film is Sirena's Gallery and, as of December 2021, her latest short film is Naomi & The Reckoning. She authored the books Heaven is a Photograph, Naomi & The Reckoning, Desert Fox by the Sea, and Water for the Cactus Woman, among other titles. Her work has appeared in The Brooklyn Rail, Ms. Magazine, The Huffington Post, and beyond. Previously, she was the first-ever artist-in-residence at Lenox Hill Neighborhood House in Manhattan and an AnkhLave Arts Alliance fellow at the Queens Botanical Garden. She is a graduate of VCUarts and The City College of New York. 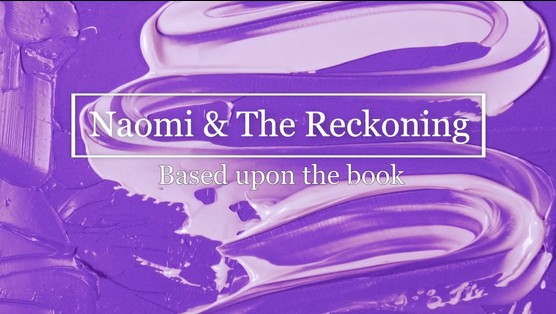